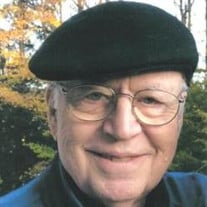 Bill Stone died on Monday, May 9, 2022. He was the son of Orville J. Stone, Sr. and Elizabeth Balint Stone. He was born on February 7th of 1942 in Ottawa, IL. He had two brothers, Orville J. Stone Jr. MD (deceased) and Allen Stone of Ottawa, IL. He was blessed by his marriage to Sharon L. Kolb at St. Anthony’s Church in Streator IL on February 23rd of 1963. Sharon is the daughter of Bernard and Mary Kolb of Streator, IL. Sharon and he remained best friends and loving partners until his death. He is survived by two children Wm. Michael Stone Jr. and his wife Jane of Enfield, CT., and Mary Bernadette Stone of Massachusetts, and two grandchildren, Joseph Perullo of Philadelphia, PA., and Anastasia March and her husband Tom of Raymond, NH. As well as brother-in-law, Carl Kolb and his wife Doreen of Arizona. Bill started his career as a garbage man at the age of 12 and finished it as president and CEO of Temptronic Corporation, a high-tech firm in the Boston area in 2001. He held 14 US and International Patents. He served a four-year Tool and Die apprenticeship with Caterpillar Tractor and held degrees in Electrical and Mechanical Engineering. He was an Adjunct Professor in Mechanical Engineering at Northern Illinois University and had training in Executive Management and later in his career specialized in business turn arounds. After retirement he turned his interest to capturing his family’s history and has written two books which are considered to be most accurate and comprehensive histories of the Stones published. He, also, enjoyed fishing, metal, and woodworking as hobbies. Most of all he enjoyed his life with his wife Sharon, their breakfast out and rides on the backroads of the Berkshires. There will be a memorial service at the convenience of the family at a later date. In lieu of flowers, donations in Bill’s memory may be made to either NIU Undergraduate School of Engineering or St. Ann’s Church Charitable Fund both in care of the Roche Funeral Home, 120 Main Street, Lenox, MA 01240.

Bill Stone died on Monday, May 9, 2022. He was the son of Orville J. Stone, Sr. and Elizabeth Balint Stone. He was born on February 7th of 1942 in Ottawa, IL. He had two brothers, Orville J. Stone Jr. MD (deceased) and Allen Stone of Ottawa,... View Obituary & Service Information

The family of Mr. William M. Stone Sr. created this Life Tributes page to make it easy to share your memories.

Send flowers to the Stone family.