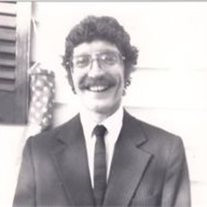 William V. Sample, 58, of Housatonic Street, died Sunday at Berkshire Medical Center. Born in Pittsfield June 8, 1955, the son of Milton and Virginia M. Garneau Sample, he attended Lenox schools, was a 1973 graduate of Lenox Memorial High School, and attended North Adams State College (MCLA) and UMass at Amherst majoring in photo journalism. Bill was employed as a delivery driver for Caligari Hardware in Lenox at the time of his death. Previously he had been employed as a civilian for the Marine Corps Community Services in Iwakuni, Japan, where he helped to establish a broadcasting department and later worked in their marketing department. A communicant of St. Ann's Church in Lenox, he enjoyed videography, photography, hiking, and spending time with his family. He and his wife, Cynthia A. Martin Sample, were married November 30, 1992. Besides his wife, of Lenox, Bill is survived by two sons, William N. Sample and Alexander A. Sample, both at home; five daughters, Christina M., Hannah V., Sarah A., and Sophia L., all at home, and Kristin M. Lord and husband Chad of Ft. Collins, CO; and one sister, Virginia A. Sample of West Stockbridge. Besides his parents he was also predeceased by his brothers Milton D., Lee N., and Meredith Miles Sample, and nephew Stephen I. Sample. The funeral of Mr. William V. Sample of Lenox will be Thursday at 10 am from the ROCHE FUNERAL HOME followed by a Liturgy of Christian Burial at 11 at St. Ann's Church celebrated by the Rev. Christopher J. Waitekus, Pastor. Burial will follow in Mountain View Cemetery. Calling hours at the funeral home are Wednesday evening from 4-6 pm. In lieu of flowers donations in his memory may be made to the Cured Foundation (for Eosinophilic Esophigitis research) in care of the funeral home, 120 Main St., Lenox, MA 01240.

The family of William V. Sample created this Life Tributes page to make it easy to share your memories.

Send flowers to the Sample family.