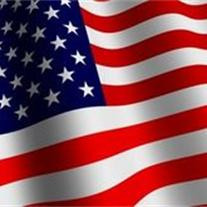 Born in Portsmouth Virginia on September 1, 1916, Walter H. MacWilliams Jr. was the eldest son of Walter H. and Birdella Rothfuss MacWilliams. Walter's father was a career U. S. Navy officer who was on duty in the Mediterranean Sea at the time of his son's birth. Walter was educated at various schools where his father was assigned, including Washington, D.C. ; Portsmouth, Virginia; San Pedro, California; and Bremerton, Washington. He attended the University of Washington in Seattle and the Johns Hopkins University in Baltimore, Maryland from which he received the degrees of B.S.E.E. in 1936 and Dr. Eng. in 1941. His graduate work involved the stability of high-voltage oil-impregnated paper insulation. Following immediately after completing his graduate work he was married to Florence Jessie Collinson, a mathematician who co-authored a seminal volume on Error-Correcting Codes. They had three children, Anne, Walter III, and Harry. On May 26 1941 Walter received a commission as Ensign OV(S) U.S. Naval Reserve and served on active duty from July 1941 until December 1945. His work was in research and development of anti-aircraft fire control gunnery, computers and radar. He left the USNR in January 1946, as Lieutenant Commander, and joined the Bell Telephone Laboratories where he worked until January 1981. At the Bell Laboratories his work included the design and testing of a new anti-aircraft gunnery system for defending U.S. ships against air attack, using 5"/38 guns, that contained a revolutionary use of computers to automatically analyze an air attack and assign defensive directions, guns and computers. This system was tested by a large laboratory simulator that included his design of the first equipment to use transistors to perform a useful circuit function, as opposed to simply determining the electrical characteristics of the then newly- invented transistor. Later work included the design of a system for defending Navy combatant ships against air attack by means of surface to air missiles, which was installed in around 100 combatant ships in the U.S. Navy and about 20 allied navies. Further work at Bell Labs included the design of a computerized system for automated teaching of technical material. Walter's extracurricular activities included the piano, chamber music involving recorders and other instruments, tennis, and mountain climbing, both in the U.S. and Switzerland. He was a member of the Country Dance Society, the Swiss Alpine Club, and the Association of British Members of the Swiss Alpine Club. Walter was active in community affairs, having been Chairman of the Planning Board in Bernardsville, New Jersey for many years, and a contributor to the upgrading of Bernardsville's downtown. Walter leaves a sister, Jane Ditzler of Washington, D.C. and two brothers, Robert Wilson MacWilliams of Sturbridge, Massachusetts, and Scot Hunter MacWilliams of Chicago, Illinois, and a daughter Anne Riley Patterson, of Cambridge, Massachusetts. He leaves four grandchildren, four great-grandchildren, and also a beloved friend, Katherine Stevens, of Lenox, Massachusetts.

Born in Portsmouth Virginia on September 1, 1916, Walter H. MacWilliams Jr. was the eldest son of Walter H. and Birdella Rothfuss MacWilliams. Walter's father was a career U. S. Navy officer who was on duty in the Mediterranean Sea at the time... View Obituary & Service Information

The family of Walter MacWilliams, created this Life Tributes page to make it easy to share your memories.

Send flowers to the MacWilliams, family.