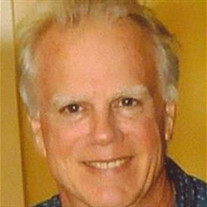 Lenox – Thomas M. Gizzi, 66, of Lenox died December 20, 2018 at Berkshire Medical Center. Born in Schenectady, NY on May 15, 1952 to the late Anthony J. and Carolyn B. Gregoretti Gizzi, he attended St. John’s Preparatory School, graduating in 1970. After high school, Thomas attended Babson College in Wellesley, Ma., where he obtained his Bachelor’s Degree in Business. Thomas was an avid music lover, and a singer/songwriter who recorded four albums. He was working on a fifth at the time of his death. He performed extensively throughout New England and the eastern U.S. and received numerous recognitions and citations for his music. His “Song for Linda” is featured in an upcoming film. He was a communicant of St. Ann’s Church. Thomas was known for his kind soul and generous heart. He often helped those in need, donating his time and money to those less fortunate then himself. Thomas is survived by his brother, Peter Gizzi of Holyoke, MA.; his niece, Pilar Gizzi of Portland, ME.; his great nephew, Hollis; and his partner of many years, Rosemary Flynn of Lenox. Thomas’s oldest brother Michael Gizzi passed away in 2010. The funeral procession will begin on Friday December 28, 2018 at 9:00am at the Roche Funeral Home, followed by a Liturgy of Christian Burial at St. Ann’s Church at 10:00am. Burial at the Holy Redeemer Cemetery in Schenectady, NY will be private. Calling hours will be Thursday, December 27, 2018 from 5:00pm to 7:00pm at the Roche Funeral Home. In lieu of flowers, donations in Tom’s memory may be made to The Brien Center in care of the Roche Funeral Home, 120 Main Street, Lenox, MA 01240.

The family of Mr Thomas M Gizzi created this Life Tributes page to make it easy to share your memories.

Send flowers to the Gizzi family.