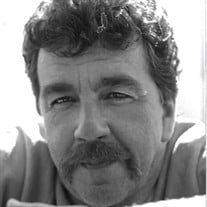 Thomas James Cadorette, 75, of Lenox died Wednesday, October 7th at Berkshire Medical Center following a brief illness. Tom was born in Pittsfield MA on February 26, 1945 to the late Henry and Catherine Street Cadorette and attended Lenox High School. Tom enlisted in the United States Army in 1962, completed the Airborne course Infantry School in Hawaii in 1963 and served in the Vietnam War in 1965. Tom served in the US National Guard until his honorable discharge in 1968. Tom was a member of the Local 473 Laborers Union as a plasterer/taper and later in life was self-employed in the same, until he retired in 2013. Tom loved spending time with family and friends telling stories, canoeing, painting landscapes or still life’s; collecting turtles and watching the antique roadshow. He was a wonderful man and made everyone who knew him laugh and smile. He especially loved being with his daughters, son in law and grandsons. Tom is survived by his 2 daughters. Jayce M. Hall, her husband Erik Hall and 2 grandsons Ian T. Oliver J. Hall, of Plymouth, MA; Mireille Cadorette her boyfriend Eric Bombard and his 3 children of East Greenbush, NY. His sister Cathleen Nolan and her husband Joseph of Lenox, MA. Tom was especially close to so many nieces, nephews, cousins, “adopted” kids and a huge number of friends. He will be missed dearly. Besides his parents, Tom is predeceased by his brother, Henry Cadorette and sister, Pamela Sweeney. Calling hours for Mr. Thomas J. Cadorette will be Sunday, October 18th from 1pm-3pm. A burial at Mountain View Cemetery Monday 19th to be announced. In lieu of flowers, donations in Tom’s memory may be made to Elder Services of Berkshire County, 877 South Street Suite 4E, Pittsfield, MA 01201.

The family of Mr Thomas James Cadorette created this Life Tributes page to make it easy to share your memories.

Send flowers to the Cadorette family.