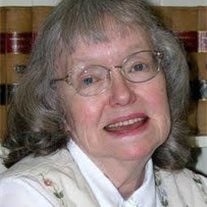 Sarah H. Bell of 84 Taconic Ave., who for more than 60 years was a community and environmental activist, died of leukemia Monday at the Kimball Farms Nursing Center. She was 84 years old. Mrs. Bell was a former chairman of the Massachusetts Board of Environmental Management. She served as vice chairman of the Berkshire Regional Planning Commission and later as a planning and zoning consultant. She was also a consultant to the Berkshire Natural Resources Council and, on an informal basis, to many other planning and environmental organizations. She served as chairman of the Lenox Planning Board and the Lenox Department of Public Works. In 1990-91 she was chairman of a Lenox Town Government Study Committee whose work led to legislation creating a town manager form of government. More recently, she was a founding member of the Lenox Land Trust. She was a founding director of the Massachusetts Outdoor Heritage Foundation. Especially in her early days in the Berkshires she was active in the League of Women Voters and the NAACP. A native of Howe, Ind., Mrs. Bell was born Feb. 20, 1929, the daughter of Harry W. and Anna Wade Haglind. She graduated from Indiana University in 1950 and in the same year married William F. Bell. The couple moved to Massachusetts in 1955. After commuting to the Western New England College of Law while working as a legal secretary, she received her law degree in 1979 and became a member of the Lee law firm Hannon, Lerner, Cowhig, Scully, & Bell with an emphasis on real estate, probate, and municipal law. She was an avid reader of novels and a devotee of Tanglewood and the Clark Art Institute, and with her husband she made nine tours of France, greatly enjoying its landscape and historic churches. Besides her husband, Mrs. Bell leaves four children, James of Lenox, Charles of Ossining, N.Y., Philip of Northampton, and Sarah of Lewisburg, Pa.; two grandchildren, and a sister, Mary Brockway of Michigan City, Ind. A Liturgy of Christian Burial will be celebrated Friday at 11 a.m. at St. Ann's Church by Msgr. John Bonzagni. Calling hours will be Thursday from 4 to 6 p.m. at the Roche Funeral Home. In lieu of flowers, memorial gifts may be made to the Visitation Monastery of Tyringham or to HospiceCare in the Berkshires in care of the funeral home.

Sarah H. Bell of 84 Taconic Ave., who for more than 60 years was a community and environmental activist, died of leukemia Monday at the Kimball Farms Nursing Center. She was 84 years old. Mrs. Bell was a former chairman of the Massachusetts... View Obituary & Service Information

The family of Sarah H. Bell created this Life Tributes page to make it easy to share your memories.

Send flowers to the Bell family.