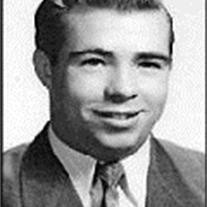 1934-2013 STOCKBRIDGE Russell D. White, 79, of Hawthorne Street, died Sunday at his home. Born in Providence, RI, January 11, 1934, the son of Edward D. and Marion Hawkins White, he attended schools there and was a 1954 graduate of Hope High School in Providence. Mr. White enlisted in the US Army follow high school, serving from 1954 until his honorable discharge in 1958. He was employed for 33 years at the General Electric Co. Naval Ordnance Division in Pittsfield, retiring in 1991. Mr. White coached both Tri-Town Hockey and Little League, and for many years he also coached the Monument Mountain Regional High School's hockey team. He was a communicant of St. Ann's Church in Lenox where he was an eager volunteer for many projects and church functions. He enjoyed volunteering at the American Red Cross in Pittsfield and was a Hospice Volunteer with Hospice Care in the Berkshires. His wife, the former Veronica Clair Ferreira, died October 8, 2006. They were married in St. John of God Church in Somerset, MA, on August 18, 1956. He is survived by two sons, Michael White and his wife Jennifer of Parkland, FL and Patrick White of Boston; one daughter, Kathleen White of Los Angeles, CA; and grandchildren Victoria White, Halie White, and Matthew White. He was also preceded in death by his brother Edward White. Funeral services for Mr. Russell D. White of Stockbridge will be Friday, May 31st at 9 am from the Roche Funeral Home in Lenox followed by a Liturgy of Christian Burial at 10 at St. Ann's Church celebrated by the Rev. Christopher J. Waitekus, Pastor. Burial in St. Ann's Cemetery be private at a later date. Calling hours at the funeral home are Thursday from 5 to 7 pm. In lieu of flowers donations in his memory may be made to HospiceCare in the Berkshires in care of the funeral home, 120 Main Street, Lenox, MA 01240.

1934-2013 STOCKBRIDGE Russell D. White, 79, of Hawthorne Street, died Sunday at his home. Born in Providence, RI, January 11, 1934, the son of Edward D. and Marion Hawkins White, he attended schools there and was a 1954 graduate of Hope High... View Obituary & Service Information

The family of Russell White created this Life Tributes page to make it easy to share your memories.

Send flowers to the White family.