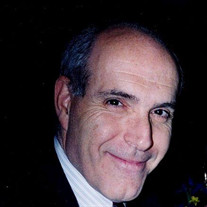 Robert M. Fuster, Sr. Robert Michael Fuster, Sr., 75, of Lenox, died on Friday, October 18, 2019, at Berkshire Medical Center. Robert was born in Brooklyn, New York, on December 8, 1943. He graduated from New York University in 1965 and obtained his Juris Doctor from Brooklyn Law School in 1968, where he graduated with honors, first his class. While in Law School, he served as the Articles and Research Editor for the Brooklyn Law Review and published several articles therein. He was admitted to the New York Bar in 1968 and, after law school, Clerked for the Honorable John R. Bartels, Federal District Court Judge for the Eastern District of New York. Then he became an associate with the Wall Street New York law firm Hughes, Hubbard and Reed. He moved to Lenox, with his family, in 1972 and was admitted to the Massachusetts Bar that same year. He continued to practice law until the time of his passing. He was actively involved in the community. He served as the Lenox Bicentennial Committee Co-Chair from 1975-1976. He was the president of the Berkshire Country Day School’s Parents Association for two years, a Board Member for nine years, and the Treasurer for seven years, where he took over at a time when many private schools were having financial difficulty and helped to restore the school to financial stability and fiscal viability during his term. He was a Board Member of the Opportunity Workshop, a non-profit organization which found employment for the disabled. In 1992, he founded the Berkshire Humane Society in response to the decision of the MSPCA to close its Berkshire County shelter operation. He then served as the President of the Berkshire Humane Society Board from 1992 to 2008. He led the organization in the location and building of its new shelter facility at Barker Road, Pittsfield, which is nationally recognized as the finest shelter operation of its size and demographics in the country. He was one of the founders and original Board member of the Berkshire County Children’s Advocacy Center, the Kid’s Place. He was the recipient of the ninth annual Bob Rose Volunteer Award in 1994, sponsored by the Berkshire Eagle and the Junior League of Berkshire County, and the Massachusetts Bar Association Volunteer of the Year Award for Berkshire County in 1995. He was a member of the Lenox Zoning Board of Appeals since 2008 and was its Chair at the time of his passing. He was an avid animal lover, devoted husband, father and grandfather. He is survived by his wife, Irene (Doval), his son, Robert, Jr., his daughter-in-law, Tatiana, grandsons, Sergei and Alexander, his sister-in-law, Louise (Doval) Greeley and his in-law, Galina Lee. He was predeceased by his parents, Isidore and Sarah Eva (Fiterstein) and his brother, Alan. FUNERAL NOTICE: Calling hours will be held at Roche Funeral Home in Lenox on Friday, October 25th from 4 to 7 pm. The funeral will also be held at Roche Funeral Home on Saturday, October 26th at 9:00 am, followed by a burial service at Mountain View Cemetery in Lenox. The will also be a memorial at the Berkshire Humane Society at a later date and time. In lieu of flowers, donations in his memory may be made to the Berkshire Humane Society, care of the funeral home.

The family of Robert M Fuster Sr created this Life Tributes page to make it easy to share your memories.

Send flowers to the Fuster family.