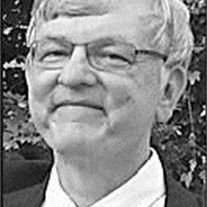 Robert Joseph (Bob) Carnes died peacefully on April 10, at Berkshire Medical Center holding hands with his wife and daughter while friends at his bedside recited the 23rd Psalm. Bob was born in Boston, on Aug. 17, 1953, son of Alfred Carnes and the late Dorothy Pace Carnes. He graduated from Xaverian Brothers High School in Westwood, Mass. in 1971 and from the University of Notre Dame in South Bend, Ind. in 1976 with a Bachelor's Degree in History. While at Notre Dame, Bob was the First Cornet in the Marching and Varsity Bands. He was named "Musician of the Year" two years in a row. Bob graduated from Suffolk University Law School in Boston in 1979 with a Juris Doctor degree and practiced law with a private firm before moving to Berkshire County in 1982. At that time, Bob was hired as an Assistant District Attorney by the Late Anthony J. Ruberto, who would become his mentor and great friend. In subsequent years, Bob was appointed as First Assistant District Attorney and became the lead prosecutor responsible for the superior court trial list. He supervised staff, argued cases to the Appeals Court and Supreme Judicial Court and oversaw the operations of the Berkshire County Drug Task Force. In June of 1990, Bob was appointed District Attorney of Berkshire County by Gov. Michael Dukakis to fill Ruberto's term of office when he was elevated to a judge. For several years after leaving the District Attorney's office Bob was a solo practitioner in his own law office with a diverse trial and appellate practice. In 1986 Bob returned to school to the former North Adams State College and earned a second Bachelor's Degree in Business Administration. In 2001 until the time of his death, Bob worked for the Commonwealth of Massachusetts Sex Offender Registry Board within the Department of Public Safety. He was the Chief Administrative Hearing Examiner for the state, responsible for conducting classification hearings and rendering decisions under the state's Megan Law. Bob created hearing policy, oversaw staff training, and edited numerous decisions and orders for this administrative public safety agency. Bob was a member of Hope Church in Lenox, Mass. where he served as a member of the Finance Team and attended Bible study classes. He enjoyed watching Notre Dame and New England Patriots football games and the Boston Red Sox. For thirty five years, Bob and his father attended a Notre Dame football game in person every fall. Bob also loved to be in the company of his wife and daughters. Bob leaves his adoring wife of 27 years, Maryann, who he married on February 14, 1988 at Holy Family Church in Pittsfield; and two daughters, Sophie, a student at Drexel University in Philadelphia, and Rosemary, a student at Russell Sage in Troy. Besides his wife, two daughters, and father; Bob also leaves behind two sisters, Carol Thormahlen (Henry) of Lakeville, Fla., and Patricia Burke (Michael) of Natick, Mass.; a sister-in-law, Barbara Knudson (Paul) of St. George, Utah; three nephews; and two nieces. In addition to his biological family, Bob leaves three friends he considered to be his brothers, David Chenail (Judge Judith Locke) of Williamstown, Dr. Santo Triolo of Kihei, Hawaii, and Judge Paul M. Vrabel (Mary) of Pittsfield. FUNERAL NOTICE: Calling hours for Bob will be at Hope Church, 259 Kemble Street, Lenox, on Friday, April 17 from 4 - 8 p.m. The funeral will be at Hope Church on Saturday, April 18 at 11 a.m. and will be presided by the Rev. Dr. Douglas Foss, Rev. Michael Tuttle, Rev. George Karl and Pastor Wesley Ross. Bob will be buried privately at St. Joseph's Cemetery, Pittsfield, at a later date.

Robert Joseph (Bob) Carnes died peacefully on April 10, at Berkshire Medical Center holding hands with his wife and daughter while friends at his bedside recited the 23rd Psalm. Bob was born in Boston, on Aug. 17, 1953, son of Alfred Carnes... View Obituary & Service Information

The family of Robert "Bob" Carnes created this Life Tributes page to make it easy to share your memories.

Send flowers to the Carnes family.