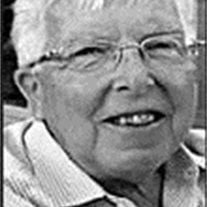 Robert Gillett Brown died peacefully on June 13th, 2015. Born in Monterey, MA on April 7, 1937, the son of Frederic Ward Brown and Florence Gillett Brown, Bob attended grade school in Monterey, going on to graduate from Berkshire School in Sheffield. After serving with the U.S. Army in Texas, Panama and Puerto Rico, Bob attended UMASS Amherst where he graduated second in his class with a degree in civil engineering. First employed by the U.S. Soil Conservation Service, he worked on more than 20 earthen dams in western Massachusetts. In 1967, as a professional engineer and registered land surveyor, he founded Robert G. Brown and Associates, a firm which designed and constructed dams, lakes, fishing piers, waterworks, sewage systems and sanitary landfills throughout Berkshire County. Two projects of which Bob was particularly proud are the Lake Garfield dam in Monterey and the Palmer Brook lake and dam in Becket, now home to the Berkshire Fishing Club. He later founded Accord Engineering and Surveying which continues to operate out of Great Barrington. Bob was known throughout his career for his integrity, dedication and professional expertise. Bob leaves behind his loving wife, Mary Ann, and their two daughters, Nicole Gillett Brown and her husband, Michele Monserrati and Alexis Brown Kennedy and her husband, Kristofer, with their twin sons, Miles and Emil, as well as his children from a previous marriage, his daughter, Jennifer Brown Vion and son, Douglas Anglin, with their families. He leaves behind his brother, Peter S. Brown and his wife, Joan; his three nephews, Peter, Jr., David and Stephen with their families; and his brother-in-law, Robert M. Nackoul and his wife, Valerie with their children, Aaron, Justin, Sean and Natalie. He is also survived by his cousins and their families who were such a large part of his childhood. In the last decade of Bob's life, he discovered a new peace and joy in the blessings of family, especially his daughters' marriages and his grandchildren, and in the beauty of the Berkshire landscape he knew so well and deeply. He will be missed by his family and friends who showed him such love and care over the time of his illness. The family will be forever grateful to all of them. FUNERAL NOTICE: A funeral service will be held at Union Church in Tyringham on Saturday, June 27, 2015 at 11a.m. In lieu of flowers, donations may be made in Bob's memory to a charity of the donor's choice.

The family of Robert Gillett Brown created this Life Tributes page to make it easy to share your memories.