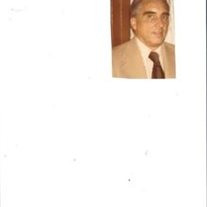 Richard J. Gurney, 89, of Lanesboro, died Monday evening at Mount Greylock Extended Care Facility in Pittsfield. Born in Canaan, New York on April 13, 1925, the son of Richard and Matilda Sprague Gurney, he attended New Lebanon and Pittsfield schools. Mr. Gurney was a Machinist for 46 years at the General Electric Co. Naval Ordnance Dept. in Pittsfield, retiring in 1989. He was a member of the American Legion Post 68 in Pittsfield, the GE Quarter Century Club, and GE Pensioners Club. He enjoyed carpentry, gardening, and traveling. A veteran of World War II, Mr. Gurney served in the US Army Air Corps. Mr. Gurney and his wife, Jean Logan Gurney, were married in Chatham, NY, in 1953. Besides his wife of Lanesboro he is survived by four sons; Eric Gurney of Springfield, Bryan Gurney and his wife Martha of Williamstown, Jeffrey Gurney and his wife Mary Lou of Southwick, and Glenn Gurney and wife Marilyn of Uxbridge; his sister, Helen Huvar, of Easthampton; seven grandchildren and several nieces and nephews. Visitation at the ROCHE FUNERAL HOME in Lenox will be Friday, Oct. 10th, at 10 am to be followed by the funeral of Mr. Richard J. Gurney of Lanesboro at 11 with the Rev. Natalie Shiras, Pastor of the Church on the Hill in Lenox, officiating at the funeral home. Burial will follow in Mountain View Cemetery in Lenox. Richard's family would like to offer a special thank-you to the staff at Mount Greylock for the kind and wonderful care he received during his stay there. In lieu of flowers donations in Mr. Gurney's memory may be to the Mount Greylock Extended Care Activity Fund or the American Heart Association, both in care of the funeral home, 120 Main Street, Lenox, MA 01240.

The family of Richard John Gurney created this Life Tributes page to make it easy to share your memories.

Send flowers to the Gurney family.