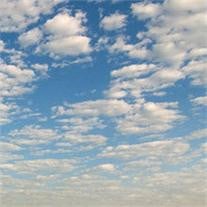 Richard F. Decker, 78, died Sunday evening at his home in the company of his loving family. Born in Housatonic on Nov. 15, 1934, the son of Edward M. and Jeanne Dupont Decker he moved with his family to Lenox where he attended grade school and Lenox High School. Following his 17th birthday he enlisted in the Air Force where he completed his GED. As a member of the 3560th Flight Line Maintenance Squad he worked as a jet engine mechanic from 1952 until his honorable discharge on December 16, 1955. Mr. Decker began learning the barber trade at the age of 7 and following his military service he opened Dick's Barber Shop in Lenox which he owned and operated for the next 21 years. After working for the Marian's of the Immaculate Conception in Stockbridge for 2 ½ years he was employed as a clerk for the U.S. Postal Service in Pittsfield from 1979 until his retirement in 2007. He was a past member and Grand Knight of the Fr. William F. Davitt Council, Knights of Columbus in Lenox and was a life member of the DAV in Pittsfield. He also volunteered at BMC, led a weekly recitation of the Holy Rosary for residents of Berkshire Place, and was a Director of the Padre Pio Prayer Group in Springfield. Mr. Decker and his wife of 44 years, Sylvia Supernaugh Decker, were married in Richmond on Oct. 12, 1968. Besides his wife of Pittsfield he is survived by one son, Donald R. Cowan, of Pittsfield; two daughters, Laura-Lee Alfonso and her husband, Mark, of Richmond and Michelle Leedberg and husband, Raymond, of Brockton; brother, Robert E. Decker and his wife, Judy, of Pittsfield; grandchildren, Katy Farrell, S. Sgt. Mark Alfonso Jr., Jennifer Alfonso, and Ashley, Megan, and Nicole Leedberg; and three great-grandchildren. He was predeceased by his son, E. Robert Decker, on Dec. 28, 1998. FUNERAL NOTICE: The funeral of Richard F. Decker of Pittsfield who died April 28, 2013, will be Wednesday, May 1 at 10:30 a.m. from the ROCHE FUNERAL HOME followed by a Liturgy of Christian Burial at 11 a.m. at St. Ann's Church con-celebrated by the Rev. Christopher J. Waitekus, Pastor & Rev. James Joyce, Pastor of Sacred Heart Parish in Pittsfield. Burial will follow in St. Ann's Cemetery. An hour of visitation will be Wednesday morning from 9:30 to 10:30. In lieu of flowers donations in Dick's memory may be made to either Hospice of Western Mass or the Berkshire Humane Society, both in care of ROCHE FUNERAL HOME, P.O. Box 152, 120 Main St., Lenox, MA 01240.

Richard F. Decker, 78, died Sunday evening at his home in the company of his loving family. Born in Housatonic on Nov. 15, 1934, the son of Edward M. and Jeanne Dupont Decker he moved with his family to Lenox where he attended grade school and... View Obituary & Service Information

The family of Richard Decker created this Life Tributes page to make it easy to share your memories.

Richard F. Decker, 78, died Sunday evening at his home in the...

Send flowers to the Decker family.