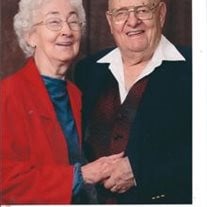 Rachel W. Fleischer, 85, of Great Barrington, for many years a resident of Lenox, died Monday morning at Fairview Commons. Born in Plattsburgh, NY December 2, 1927, the daughter of Carroll W. Wood, Sr. and Rachel Stone Wood, she attended local schools and was a 1944 graduate of Plattsburgh High School. Mrs. Fleischer worked as a telephone operator in Plattsburgh and later in Troy, NY to help support her husband's college education. She devoted her life to being a homemaker, wife, and mother to her seven children. She and her husband also sponsored children overseas for over 40 years. She was an active parishioner and volunteer at St. Helena's Chapel in North Lenox and enjoyed spending summers with her family on Lake Champlain in Plattsburgh. She was a professional cake decorator and seamstress, and also enjoyed quilting, painting, and gardening. An excellent cook and baker, she was proud to have a recipe and personal profile published in Woman's Day Magazine. She and her husband were also long-time supporters of the Brain Injury Support Group of Berkshire County. Mrs. Fleischer and her husband, Kenneth M. Fleischer, were married in Plattsburgh March 27, 1948. Mr. Fleischer died April 21, 2013. She is survived by six children; Roy Fleischer and wife Donna of Independence, KA, Robert Fleischer of London, Ohio, Jane Beaudoin and husband Peter of Pittsfield, Damon Fleischer of Pittsfield, Sarah Lacaillade of Hudson, NH, Eric Fleischer of Mesa, Arizona, and Naomi Nicola to whom she was both guardian and grandmother, of Pittsfield; seven grandchildren and seven great-grandchildren; and one brother, Carroll W. Wood, Jr. and his wife Ella of Plattsburgh. She was predeceased by a daughter, Mary Ruth, in 1966. The funeral of Mrs. Rachel Wood "Bert" Fleischer, formerly of Lenox, will be Saturday, November 9, 2013 at 11 am at St. Helena's Chapel, 245 New Lenox Road. There will be no calling hours and private burial will be at a later date. In lieu of flowers donations in her memory made to St. Helena's Chapel in care of the ROCHE FUNERAL HOME, 120 Main Street, Lenox, MA 01240.

The family of Rachel W. Fleischer created this Life Tributes page to make it easy to share your memories.

Rachel W. Fleischer, 85, of Great Barrington, for many years...

Send flowers to the Fleischer family.