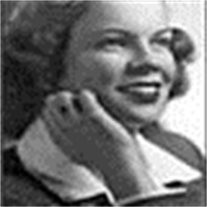 Norma Frances Formel, the matriarch of the Formel family in Berkshire County, passed away at her home in Lenox under the care of her loving children, on May 19, 2014. Norma was born on January 20, 1924 in Pittsfield. She was the youngest child of Albert and Mary Ellen (Molly) Murray Haskins. She was nicknamed Babe by her family and Cyclone by her friends. She spent summers at the family cottage on Pontoosuc Lake where she enjoyed diving and was an avid swimmer. She graduated from PHS in 1941 after which she worked as a clerk at Woolworths and later at Western Mass Electric as a secretary. As a result of this experience and the skills she learned in Washington, DC, as a "Government Girl" in bookkeeping during World War II, she was able to assist and contribute greatly to the many family businesses she shared with her husband. Pursued by her high school sweetheart and the love of her life, Phillip A. Formel, they were married on June 23, 1947. After a romantic honeymoon in Niagara Falls she and her husband moved to Lansing Michigan to further their education and to start a family. Returning to the Berkshires in 1952, they built their first home on Barker Rd. in Pittsfield with used building materials from an abandoned quarry in Stockbridge. In 1964 the family moved to Lenox where they built a 29-room home for their growing family. While raising their family, Norma remained a fun-loving mate and a smart and diligent business partner to her husband. Their adventure continued when in 1974 they moved their business and family to Santa Isabel, Puerto Rico. Their first home in PR was on a large sugar cane plantation in a romantic West Indies mansion. Later they moved to Ponce and subsequently to Rio Mar on the East side of the island. During their almost 30 years in Puerto Rico Norma was instrumental in creating a shipping company which served the US and British Virgin Islands while maintaining their existing construction company. Returning stateside they moved between homes in Florida and Massachusetts. Full of romance and adventure, Norma had the joy and privilege of traveling the world and was well –fitted to do so. She had the gift of hospitality and always made each guest feel as if they were the reason for the celebration. There are too many words and not enough paper to adequately express the joy and wisdom that she gave to everyone she met. Her steadfast faith and hope was a driving force in how she loved her family and lived her life. Norma's glass was never half full, it overflowed! Where ever she went she brought her ready wit and gaiety. She will be missed by all who had the privilege of knowing her. She was a devout communicant at St. Ann's Church in Lenox. Norma is survived by her sister Barbara Clary of Pittsfield MA and Alameda, CA, her fifteen children Michael Albert (Carla) of Columbus, MS, Stephen Fernando of Homestead, FL, Phillip Adrian (May) of Homestead, FL, Eugenie Formel of Becket, Shaun Joseph (Marie) of Searcy, AR, Ann Frances Formel of Lenox, MA, Mark Anslem (Sarah) of Housatonic, MA, Norma Frances of Wrightsville, PA, Kristina Burkart (John) of Averill Park, NY, Brian Damian of Housatonic, MA, Richard Murray (Donna) of Deland, FL, Paul Gilbert (Rita) of Geneva, FL, Mary Madeleine Formel-Woodger (Jon) of Stockbridge, MA, Fernanda Meagher (Seamus) of Piedmont, CA, Matthew James Joseph (Eileen) Coto Laurel, PR, 61 grand children, 37 great grandchildren and a great-great grandchild. Norma was predeceased by her husband Phillip A. Formel, two brothers Albert and Murray Haskins, her sister Helen Wade and two cherished grandchildren Lauren Gabriel Harrington and James Raymond Earley. Calling hours at the Roche Funeral Home in Lenox will be Wednesday evening from 4:00 – 7:00. A liturgy of Christian burial for Norma will be celebrated Thursday morning at 11:00 a.m. at St. Ann Church in Lenox by the Reverend Christopher J. Waitekus, Pastor. Burial will follow in St. Ann's Cemetery. In lieu of flowers, memorial donations may be made to HospiceCare in the Berkshires in care of the funeral home located at 120 Main St., Lenox, MA 01240 .

Norma Frances Formel, the matriarch of the Formel family in Berkshire County, passed away at her home in Lenox under the care of her loving children, on May 19, 2014. Norma was born on January 20, 1924 in Pittsfield. She was the youngest child... View Obituary & Service Information

The family of Norma Frances Formel created this Life Tributes page to make it easy to share your memories.

Norma Frances Formel, the matriarch of the Formel family in Berkshire...

Send flowers to the Formel family.