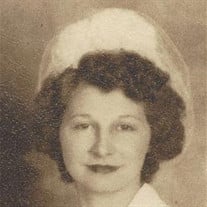 Norma Mary "Turtle" Gennari Bertocci, 94, of Flintstone Drive, died Christmas evening at her home. She died of natural causes after a long struggle with dementia. Born in West Stockbridge April 10, 1921, she was the daughter of Vittorio and Maria Bernardini Gennari, Italian immigrants from the Veneto region of Italy. Her father was a stonemason who learned his craft in Italy, and found an abundance of work in the stone quarries of W. Stockbridge. She attended local schools and was a graduate of the former Williams High School in Stockbridge. Norma, who was named after the Bellini opera, and her husband, Tullio R. Bertocci, of Pittsfield, were married May 28, 1943. The couple lived in the Lakewood "Little Italy" section of Pittsfield until 1955, when they moved to their new home and lifetime residence built by Tullio, Norma's brother John Gennari, and her father-in-law Angelo Bertocci. Tullio Bertocci died May 9, 1999.From her Pittsfield home Mrs. Bertocci, an accomplished seamstress, built a custom-made drapery and slip cover business servicing area furniture stores and decorators. She was a communicant of St. Patrick’s Church in West Stockbridge and following her marriage she was an active member of All Souls Church in Pittsfield, where she taught catechism. As a young woman she loved to swim earning the nickname “Turtle” for her ability to swim underwater and while in high school she enjoyed playing on the girl’s basketball team. She and her six brothers and sister, who, after losing their parents at a young age, formed a special, lifelong bond with each other. She was known for her generosity, sense of humor, unselfishness and unconditional love. She was a fabulous cook who specialized in authentic Northern Italian cuisine and was never happier than when sharing a full table of family and friends. Known to her grandchildren as "Nonnie", she was a family treasure. Norma is survived by her four children; Louis A. Bertocci and wife Bonnie of Lee, Elissa M. Roy and husband Don of Lenox, Peter J. Bertocci and his wife Patricia of Franklin, MA, and Gina L. Squires of Pittsfield; grandchildren Sofia Young and husband Robert, Benjamin Bertocci and wife Mariko, Cristina Bertocci, Brandon Roy and wife Mary, Ava Roy, and Avery and Mekala Bertocci, and Matthew Squires, Justin Squires and partner Kristina, and Nicholas and Trevor Squires; and great-grandchildren Anna Young, Luke Bertocci, Carina Squires, and new arrival Ila Rae Roy. She was predeceased by her siblings Vasco Gennari, Helena Morandi, Gino, George, Arthur, Angelo and John Gennari, son in law Mark W. Squires, and her dear friend and cousin Clara Gennari. A Liturgy of Christian Burial for Mrs. Norma Mary Gennari Bertocci of Pittsfield who died December 25, 2015 will be Tuesday Dec. 29, 2015 at 11 am at St. Patrick’s Church in West Stockbridge. Burial will follow in St. Patrick’s Cemetery. There are no calling hours. In lieu of flowers donations in her memory may be made to Hospice Care in the Berkshires in care of the ROCHE FUNERAL HOME, 120 Main Street, Lenox, MA 01240.

Norma Mary "Turtle" Gennari Bertocci, 94, of Flintstone Drive, died Christmas evening at her home. She died of natural causes after a long struggle with dementia. Born in West Stockbridge April 10, 1921, she was the daughter of Vittorio and... View Obituary & Service Information

The family of Mrs. Norma Mary Bertocci created this Life Tributes page to make it easy to share your memories.

Send flowers to the Bertocci family.