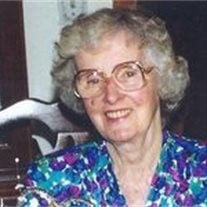 Nellie Bohan Abert, 95, formerly of 22 Hubbard Street, died Wednesday, August 15th, 2012 at Providence Care Center of Lenox, where she had resided since 2009. Prior to living at the nursing home, she spent eight and a half years at Cameron House Assisted Living in Lenox. Born in Drumgowna, Mohill, County Leitrim, Ireland, on January 18, 1917, daughter of Rosetta and Charles Bohan, she was one of nine children. She received her primary and secondary education in Ireland; her father served as a teacher and then principal at her primary school. Following her education in Ireland, she traveled to England to attend nursing school. In 1938, at 21 years of age, she sailed from Galway, Ireland, to New York City on the ship Laconia. That same year she became a nurse and governess for the children of Mr. & Mrs. George H.P. Gould of New York City and Lenox. While in New York City, she worked closely in the care of the Gould children with the famous pediatrician, Dr. Benjamin Spock, who was the children's primary doctor. She worked for the family for four years until her marriage. While she was in Lenox with the Gould family in the summer of 1940, she met her future husband, Edward R. Abert, a Lenox native. They were married on October 11, 1942, at St. Ascension Church in Manhattan, New York City. Shortly after their marriage, her husband began his service in the U.S. Army. He served for four years attaining the rank of Sergeant and Century Division Army Ranger in World War II; he was stationed in France and Germany. When the war ended, Nellie and Edward settled in Lenox and started their family. Nellie became an American citizen in 1958, and The Berkshire Eagle wrote an extensive article regarding this accomplishment. She was photographed at her home holding her treasured Irish cottage replica, which looked very similar to the cottage in which she grew up as a young girl. Also included in the article were her favorite Irish Soda Bread recipe and stories of her experiences growing up in Ireland. In 1981, Nellie and her husband took a trip to Ireland; it was her first trip back to her beloved native country in 43 years. While there, she enjoyed her time with her extended family and enjoyed seeing her childhood home again. This proved to be her one and only trip back to Ireland. Nellie was a stay-at-home mother who devoted her life to her husband and two children. She was a kind, caring, and giving person. She was a loving wife, mother, and grandmother. Throughout her life, she was an avid reader. As a young girl in Ireland, she was quite good at Irish step dancing. She was also an excellent cook and put her large vegetable garden and her apple orchard to good use—she did extensive canning, freezing, and baking all of her own produce. In their retirement years, she and her husband could be seen walking three to five miles a day in Aspinwall (Kennedy) Park in Lenox. She was also a communicant of St. Ann's Church in Lenox. Mrs. Abert was predeceased by her sisters Mary Bohan Kelly, Rose Bohan Dolan, and her brother Patrick Bohan all of New York State. Also by her sisters Elizabeth Bohan and Beezie Bohan O'Rourke of Ireland; and by Cissie Bohan Kiely and Margie Bohan Fox of England. She was also predeceased by her niece Deirdre Fox of England and her nephew, The Reverend Monsignor Charles S. Kelly of New York State. She was the widow of Edward R. Abert, a decorated World War II veteran, who, among other honors, received the Bronze Star Medal. Edward died on December 19, 1993. They celebrated their 50th Wedding Anniversary on October 11, 1992. Nellie leaves her daughter, Kathleen Abert Pedrotti of Dalton, Massachusetts; her son, Charles Abert and his wife Susan, of Belmont, Massachusetts; her beloved grandchildren, Rodd M. Pedrotti of Dalton, Massachusetts, and John E. Pedrotti and his wife Kristin, of Pittsfield, Massachusetts; her brother, Joseph Bohan and his wife, Eilis, of Connecticut; and many loving nieces and nephews and their families. Nellie also leaves behind her friends and caretakers from Cameron House and Providence Care Center of Lenox. The funeral of Mrs. Nellie Bohan Abert of Lenox who died August 15, 2012, will be Monday, August 20, at 9:30 am from the ROCHE FUNERAL HOME followed by a Liturgy of Christian Burial at 10:30 at St. Ann's Church celebrated by the Rev. Christopher J. Waitekus, Pastor. Burial will follow in St. Ann's Cemetery. Calling hours will be held Sunday, August 19 from 1-4 pm.

Nellie Bohan Abert, 95, formerly of 22 Hubbard Street, died Wednesday, August 15th, 2012 at Providence Care Center of Lenox, where she had resided since 2009. Prior to living at the nursing home, she spent eight and a half years at Cameron House... View Obituary & Service Information

The family of Mrs. Nellie Bohan Abert created this Life Tributes page to make it easy to share your memories.

Send flowers to the Abert family.