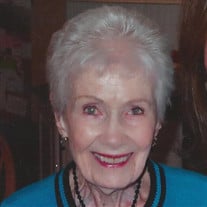 Mary Catherine (Dolores) Dinan, 94, entered into eternal peace on April 22, 2017. Born in Brooklyn, NY October 22, 1922, the daughter of John and Helena O’Dwyer Tynan, she was a 1940 graduate of St. Malachy High School. In her early days, Dolores worked on Wall Street as an executive secretary for Standard Brands, where she met Bill, the beginnings of a true love story. Dolores and her husband, William F. Dinan, were married January 6, 1945. They celebrated 51 love filled years of marriage with family and faith at its core. After starting their family in Floral Park, New York, Dolores and Bill relocated to Lenox in 1966 and purchased the Lenox Twin Maples Bed and Breakfast which they owned and operated successfully for the next twenty years with repeat guests who were grateful for the attention to detail and warmth. Dolores had a love of her Irish heritage and all holidays. She enjoyed reading, corresponding with family and friends, and being the family historian. Dolores cherished her time with her children, grandchildren, and great-grandchildren. Her greatest joy was family and time spent together. For many years, Dolores was a daily communicant of St. Ann’s Church in Lenox. Dolores was predeceased by her husband, Mr. William F. Dinan, on December 25, 1996. She is survived by her six children; William F. Dinan of Las Vegas, NV, Diane M. Dinan of Pittsfield, Deborah J. Roche and her husband Thomas of Lenox, Kevin J. Dinan and his wife Cynthia of Lenox, Claire B. Federman and her husband John of Marblehead, MA, and Deirdre M. Dinan of Kingston, NH; grandchildren; Carolyn Walsh and Vanessa Whetsell, Kerry Zolkowski and Barry Furlano, Kara Thomson, Michael Roche, Brenda Wolford, and Timothy Roche, Caitlyn and Courtney Dinan, Ellen and Paige Federman, and Neala Menz; five great grand-children; Will, Fiona, Lena, Makena, and Holly, and one brother John E. Tynan of Huntington, NY. Calling hours for Mrs. Mary Catherine Dinan of Lenox who died April 22, 2017, will be Wednesday April 26th from 4-7 pm at the ROCHE FUNERAL HOME. The funeral will be Thursday April 27th at 9am from the funeral home followed by a Liturgy of Christian burial at 10am at St. Ann’s Church. Burial will follow in St. Ann’s Cemetery. In lieu of flowers donations in her memory may be made to St. Ann’s Church in care of the funeral home, 120 Main Street, Lenox, MA 01240. To share memories and stories please visit www.rochefuneralhome.com.

The family of Mrs Mary "Dolores" Dinan created this Life Tributes page to make it easy to share your memories.

Send flowers to the Dinan family.