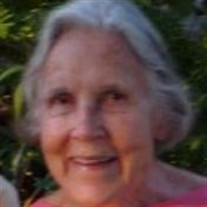 Martha Floyd Selke died on September 30, after six years of declining health. She attended local schools until tenth grade, then went to The Mary C. Wheeler School in Providence. After graduation, she spent a year at Simmons College in Boston, then completed her studies at Garland Junior College, where she studied art and fabric design. There, she and a few of her classmates designed and hand screen printed the draperies for the windows across the front of the first solar heated house, which was being built just outside of Boston in 1949. Her first job after college was with Charles Scribner & Sons Publishing House in Manhattan. Her next job was in the Urological X-ray Department at Columbia Presbyterian Hospital, also in New York, as a hospital trained X-ray technician. She met William A. Selke in New York in 1952 and they married in Pittsfield, Mass. later that year. While he taught at Columbia University for two more years, they lived in Cresskill New Jersey. In 1955, they moved to Stockbridge, Mass. and lived there for over 50 years before moving to Kimball Farms in Lenox, Mass. in 2008. They spent four years in Atlanta, Georgia, from 1982 to 1986. Mrs. Selke was active in all of the communities in which she lived. She was a member of The Junior League of Pittsfield, as well as The Junior League of Englewood, New Jersey. She was a volunteer at Pittsfield General Hospital (now Berkshire Medical Center) on summer vacations during her college years. Later on, she served on several boards including The Berkshire Center for Families and Children, The Berkshire Homes for Aged Women in Pittsfield and Lenox, Hospice of Southern Berkshire County, and later the combined HospiceCare in the Berkshires. She was also on the board of The Berkshire Historical Society, the Naumkeag Committee in Stockbridge and the first Tanglewood Friends Committee. While living in Atlanta, she was a member of The Piedmont Auxiliary of Piedmont Hospital, where she served under the hospital chaplain and visited very ill and dying patients. She had a lifelong love of gardens and flowers, and was a member of The Lenox Garden Club for over 50 years. While living in Atlanta, she became a transfer member of The Peachtree Garden Club. She was also a member of The Blue Stocking Club for over twenty years, before resigning after her stroke in 2010. She is survived by her three sons: W. August Selke of Tacoma, Washington, Whitney Floyd Selke of Lenox and Edward Delavan Selke of Northampton. She is also survived by her only grandchild, Charlotte Pierce Selke, now at Colorado State University in Fort Collins, Colorado. A memorial service will be held at St. Helena’s Chapel in Lenox on Saturday, November 5th at 11:00 am. In lieu of flowers, donations may be made to Berkshire Children & Families or to Hospice Care in the Berkshires.

Martha Floyd Selke died on September 30, after six years of declining health. She attended local schools until tenth grade, then went to The Mary C. Wheeler School in Providence. After graduation, she spent a year at Simmons College in Boston,... View Obituary & Service Information

The family of Mrs Martha Floyd Selke created this Life Tributes page to make it easy to share your memories.

Send flowers to the Selke family.