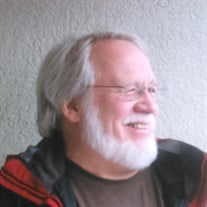 Leslie A. Green, 68, of Hope, ME., died Wednesday, January 23, 2019 at The Sussman House surrounded by his loving family. Born on July 28, 1950 in West Springfield, MA, he spent every summer as a kid at his grandfather’s cottage on Big Pond in Otis, MA. He moved to the greatest city in the world when he was a teenager, where he attended Huntington Prep School, and Boston State College. While in Boston, he met and married Janet Howes on June 24, 1972, and they moved to Medway, MA where he raised his family. They had 30 wonderful years together, taking their kids on countless adventures. Les taught his children everything he knew, from his love of nature, hiking, sailing, soccer, boat building, farming, car repair, to quite simply, how to love life. Most importantly, he taught his children that family wasn’t limited to your blood relatives. He constantly added to his family throughout his life, and he was so proud of what he had built. Les added to the family again when he met and fell in love with Janet A. Keiver. They married on April 23, 2016, in Sherborn, MA. He always said he couldn’t believe he got so lucky when he met her. They moved up to Maine to their dream home, not far from the ocean, with their dogs George and Otis. Besides his wife, Les is survived by his children; Robert Green (Shelley), Ruth Green, and his beloved grandson; Nathaniel, all of Boston, his niece Rebecca Green, and his nephew Dan (Jill) Green, and their children Siobhan and Saoirse, all of Colorado. He also leaves behind an extended family of people who considered him a brother, a father, or an uncle, as well as many life-long friends. Besides his parents; Les is pre-deceased by his first wife, Janet Howes, and his siblings; Robert F. Green and Grace Green. A memorial service for Mr. Leslie A. Green will be held on Thursday, January 31st at 3 pm at the Unitarian Universalist Area Church, 11 Washington St. Sherborn, MA. There will be no calling hours per his wishes. A private burial will occur in Mountain View Cemetery in Lenox, MA. In lieu of flowers, donations in Les’s memory may be made to Community Boating Inc., or the Massachusetts Society for the Prevention of Cruelty to Animals – Angell Animal Medical Center (MSPCA-Angell) in care of the Roche Funeral Home, 120 Main Street, Lenox, MA 01240. To share memories and stories please visit rochefuneralhome.com

Leslie A. Green, 68, of Hope, ME., died Wednesday, January 23, 2019 at The Sussman House surrounded by his loving family. Born on July 28, 1950 in West Springfield, MA, he spent every summer as a kid at his grandfather&#8217;s cottage on Big... View Obituary & Service Information

The family of Mr Leslie A Green created this Life Tributes page to make it easy to share your memories.

Send flowers to the Green family.