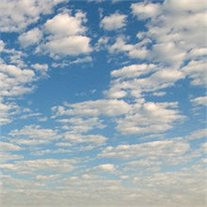 Leonard Marcus, whose extraordinary musical career included celebrated roles as a conductor, radio host, magazine editor, and educator, died on December 9, 2014 as a result of complications from an automobile accident last spring. A longtime resident of Lenox, Massachusetts, Mr. Marcus was 84 years old. Leonard Marshall Marcus was born in New York City on August 2, 1930, the son of Murray Jack and Muriel Hannah (Simon) Marcus. As a boy he was given a violin by a favorite uncle. From that day forward, music permeated his life. In his teens, he was accepted by the Tanglewood Music School, where he initially studied violin. One day while running through the woods with his friends, he climbed a barbed wire fence and, unbeknownst to him, suffered a serious finger injury. One of his companions remarked, "Hey Lenny, your finger's hanging off." Unable to play the violin for the rest of the season due to the injury, he was offered the opportunity to study conducting with Leonard Bernstein, who remained a lifelong friend, and composition with Aaron Copland, Paul Hindemith, Walter Piston and Randall Thompson. He received undergraduate and graduate degrees in music from Harvard University. He joined the army and served as "violinist to the generals" during the Korean War. Mr. Marcus later served as music instructor and conductor of the Symphony of the University of Minnesota and was the assistant to the conductor of the Minneapolis Symphony, Antal Doráti. Over the years he worked as assistant manager of the classical department of London Records; manager of information services with Columbia Records; editor of the Carnegie Hall Program; and program annotator for the American Symphony Orchestra. He was hired as a special project editor for High Fidelity magazine. He was later named managing editor, and eventually editor-in-chief of High Fidelity and Musical America magazines. He was a contributing author to Encyclopedia Britannica on the subject of music recording and was an expert on the works of Ludwig van Beethoven. He co-hosted the syndicated radio program "Concert Stage" with the American soprano Phyllis Curtin. He was also a gifted teacher and taught music at the Henry Street Music School and the Metropolitan Music School, and at the Dalton School, in New York City. He served as chairman of the Montreux (Switzerland) International Record Awards, founder and president of the International Record Critics Awards, and chairman of the Koussevitzky International Record Awards. He co-founded the Stockbridge Chamber Orchestra (later renamed the Stockbridge Sinfonia) in 1975 and served as its conductor for nearly four decades. In 1979 he was invited to serve as a member of the first U.S. cultural delegation to China, helping lead the way to diplomatic relations between the United States and China shortly thereafter. For twenty-five years he was married to Beverle Reimann-Marcus of Sag Harbor, New York, with whom he bred champion Great Danes, cultivated what the Berkshire Eagle newspaper once identified as the northernmost peach tree in the United States, and raised three sons. Following their divorce he met the world renowned folk artist Malcah Zeldis, of Tribeca, New York, his partner for the rest of his life. Mr. Marcus made his home in Lenox, Massachusetts, and divided his time between New York City and the Berkshires. In May 2014, he was involved in a serious car accident en route from New York to Lenox. Following the accident, he continued to spend his remaining days in both locations, as a patient at Berkshire Medical Center, in Pittsfield, Massachusetts, and Mount Sinai Hospital in Manhattan. He died in Manhattan listening to the work of his lifelong hero, Johann Sebastian Bach, on December 9. He will be buried in Lenox on December 14. He survived his firstborn son, Jason Marcus, who died of lung cancer in 1995. He is survived by two sons Theodore Marcus, of Pittsfield, Massachusetts, and Peter (Zoë Hagler) Marcus, of Los Angeles, and two grandsons, Eli and Charlie. The funeral will be held at the Roche Funeral Home in Lenox on Sunday, December 14, 2014 at 10:30 a.m.

The family of Leonard Marcus created this Life Tributes page to make it easy to share your memories.

Send flowers to the Marcus family.