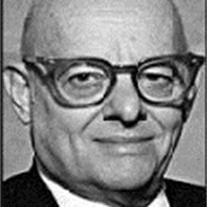 Kenneth Milton Fleischer, 86, of Sugar Hill, for many years a resident of New Lenox Road, died Sunday at Berkshire Medical Center. Born in Hartford, Conn., on June 6, 1926, the son of Walter C. and Florence Loveland Fleischer, he was a 1944 graduate of Rockville (CT) High School and earned his Bachelor of Science degree in Electrical Engineering from RPI in Troy in 1951. Mr. Fleischer served in the Navy during World War II from 1944 until his honorable discharge in 1946. He was employed by General Electric Co. Naval Ordnance Division in Pittsfield as an Electrical Engineer in their Submarine Ballistic Missile Program, retiring in 1991 after 33 years of service. Earlier in his career, he had worked at Boeing Aircraft Co. in Seattle, Wash., on the B-47 Jet Bomber from 1951-1956 and later at Honeywell Corp. in Minneapolis, Minn., and Largo, Fla., from 1956 until coming to GE in 1958. Mr. Fleischer was an active parishioner and volunteer at St. Helena's Chapel in New Lenox. Each summer he looked forward to vacationing with his family at their camp on Lake Champlain in Plattsburgh, N.Y. He and his wife of 65 years, Rachel Wood Fleischer, were married in Plattsburgh on March 27, 1948, and, in addition to raising their own children, they sponsored children overseas for 40 years. Besides his wife of Dalton, he is survived by his six children, Roy Fleischer and wife, Donna, of Independence, Kan., Robert Fleischer of Landon, Ohio, Jane Beaudoin and husband, Peter, of Pittsfield, Damon Fleischer of Pittsfield, Sarah Lacaillade of Hudson, N.H., Eric Fleischer of Mesa, Ariz., and Naomi Nicola to whom he was both guardian and grandfather, of Pittsfield; seven grandchildren and six great-grandchildren; twin brother Raymond Fleischer of Bothell, Wash., and brother, Elwin Fleischer of Mebane, N.C. He was predeceased by his daughter, Mary, who died in 1966. FUNERAL NOTICE: The funeral of Kenneth Milton Fleischer, formerly of Lenox, will be Saturday at 11 a.m. at St. Helena's Chapel, 245 New Lenox Road. There will be no calling hours and private burial will be at a later date. In lieu of flowers, donations in Ken's memory may be made to St. Helena's Chapel in care of the funeral home, 120 Main Street, Lenox, MA 01240.

Kenneth Milton Fleischer, 86, of Sugar Hill, for many years a resident of New Lenox Road, died Sunday at Berkshire Medical Center. Born in Hartford, Conn., on June 6, 1926, the son of Walter C. and Florence Loveland Fleischer, he was a 1944... View Obituary & Service Information

The family of Kenneth Fleischer created this Life Tributes page to make it easy to share your memories.

Kenneth Milton Fleischer, 86, of Sugar Hill, for many years a...

Send flowers to the Fleischer family.