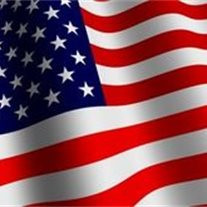 Keith Winfield Roberts, 65, of 32 Old Stockbridge Road, died Tuesday at his home. Born in Milton, Mass., September 10, 1946, the son of Willard and Evelyn Alexander Roberts, he attended local schools and was a 1966 graduate of Lenox High School. Mr. Roberts was a US Air Force veteran of the Vietnam War and was honorably discharged as a Sergeant on September 23, 1970. He was employed as a welder for Lenox Machine and Beloit Lenox for twenty years before opening and operating a motel in Vassar, Michigan. Mr. Roberts enjoyed golf, hockey, fishing, and was a standout pitcher for the Lenox High baseball team . He is survived by his sons, Joshua W. Roberts and his wife Angie of Pittsfield and Ian S. Roberts and his wife Tiffany of Lenox; one sister, Rebecca Gates of Deer Park, Texas; grandchildren Brett and Chase Racine, Ariana Roberts, Ashleigh Roberts, and Jaelyn Roberts; as well as his nieces and nephews. Besides his parents, Mr. Roberts was predeceased by his brother David Roberts and his sister Ann Mastin. FUNERAL NOTICE: The funeral for Mr. Keith W. Roberts, who died January 24, will be held Friday, January 27th at 12:30 p.m. at the ROCHE FUNERAL HOME with Pastor Sigmund Sadzinski officiating. A period of visitation will precede the service from 11 to 12:30. Burial will follow in Mountain View Cemetery. In lieu of flowers, memorial donations in Keith's name may be made to the Lenox VFW Post in care of the funeral home, 120 Main Street, Lenox, MA 01240.

The family of Mr. Keith W. Roberts created this Life Tributes page to make it easy to share your memories.

Send flowers to the Roberts family.