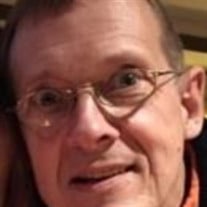 Karl Dommerich Lange, 67, devoted brother of Gusty, aka Jean C., Lange and Mary Louise Lange, died on April 23, 2020 in Stockbridge, Massachusetts. He was the son of Jean Dommerich Lange of Greenwich, Connecticut and Colonel Herman Walter Wright Lange of Fort Belvoir, Maryland. He was a resident of Southport, Connecticut and for the last 15 years, of Stockbridge, Massachusetts. He graduated from Greenwich Country Day School, Phillips Exeter Academy, and Yale University, and received a law degree from University of Virginia. Karl's brief marriage ended in divorce. In Stockbridge, Karl was active in the Berkshire community hiking groups and the Stockbridge Library Book Club. He had other affiliations that were connected to environment and land preservation. In Southport, he loved to sail and belonged to The Pequot Yacht Club and volunteered for youths-in -need to build boats. At Yale, Karl was Captain of The Lightweight Crew Team which he revered. Survivors include next of kin, sisters, Gusty Lange and Mary Lou Lange, Steve Ettlinger, brother-in-law, nephew, Dylan Alexander Lange Ettlinger, and niece, Chelsea Starr Elizabeth Lange Ettlinger. He has cousins, their families, and friends from his almamaters and Stockbridge and Connecticut. Karl will be missed greatly and will remain always in our hearts. In lieu of flowers, donations can be made to Berkshire Natural Resources Council (bnrc.org) or Yale University(www.yale.edu/giveathletics - select teams/crew/lightweight crew/comment.) Please contact Gusty and Mary Lou if you would like other contact info at [email protected]

The family of Mr. Karl D Lange created this Life Tributes page to make it easy to share your memories.

Send flowers to the Lange family.