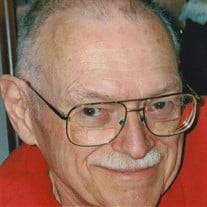 Joseph G. Strauch, Jr., 86, of Lenox died peacefully at Kimball Farms Nursing Care Center on April 14, 2022. He was born in Buffalo, NY, on June 22, 1935, to the late Joseph and Catherine McDermott Strauch. He attended Amherst Central High School, graduating in 1954. Joseph attended Antioch College where he obtained his Bachelor’s Degree in Chemistry; Oregon State University (Ph D in Physical Chemistry), University of Michigan (Ph D in Ornithology, and Colorado State University (MS in Ornamental Horticulture). He came to the Berkshires to be Director of The Berkshire Botanical Garden in 1989. Joseph later had his own business as a stock photographer specializing in flowers. He was the author of Wildflowers of the Berkshire and Taconic Hills (1995). Joseph was a long-time member of the Lenox Conservation Commission. He married Elizabeth (Betsy) in Yellow Springs, OH, June 16, 1960. Besides his wife, Elizabeth, of Lenox, Joseph is survived by his children, Anja Loeffel of Red Hook, NY, and Ingrid Strauch of Brooklyn, NY; grandchildren, Austin and Allison Loeffel; his sister Margaret (Enzo) Cimino of Schenectady, NY; sister-in-law, Mary (Mark) Mantuani of Eugene, OR; and several nieces and nephews. Besides his parents, Joseph is pre-deceased by his sister Rosemary Conners and his grandson Christopher Loeffel. In keeping with Joseph’s wishes, all services will be private. Memorial donations in his memory may be made to the Pleasant Valley Sanctuary in care of the Roche Funeral Home, 120 Main Street, Lenox, MA 01240.

The family of Mr. Joseph G. Strauch Jr. created this Life Tributes page to make it easy to share your memories.

Send flowers to the Strauch family.