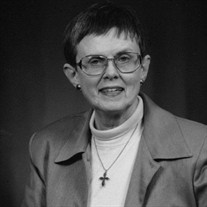 Janet K. Bush, 87, of Lenox passed away Friday, October 8th at Kimball Farms Nursing Care Center where she has resided for the past four years. Janet was born in Great Barrington and was brought up in nearby Hillsdale, NY. She graduated from Roeliff Jansen Central School in Hillsdale and was an active member of the United Methodist Church there. She graduated from Plattsburg State Teachers College (now SUNY Plattsburg). In her first teaching job, she taught Kindergarten in the Burnt Hills Ballston Lake Central School District in New York. In July of 1957, she married GE Engineer Donald Bush and they moved to Washington State the following year. While there, Janet again taught Kindergarten and received her Master’s degree at Eastern Washington State College. She was also an active member of her church. Janet and Don moved to Wilmington and then Wrightsville Beach, North Carolina in the early 1970’s. Janet taught in an early childhood special education program until she retired in the mid 1980’s. While in North Carolina, Janet was involved in the YWCA and was an active member of the Wrightsville Beach United Methodist Church. She was in charge of setting up the church library and helped with Mother’s Morning Out among other programs. When Don retired from GE in the early 1990’s they moved to El Paso, Texas. Janet joined and was an active member of Western Hills United Methodist Church in El Paso and again worked in the church library. Her husband Don passed away in July 1997 in Texas. Jan and Don had almost 40 years of a happy marriage together. They enjoyed travelling all over the country and in Canada. They visited many National Parks and cruised on the Mississippi and Delta Queens, often with their mothers. They made trips back to the Northeast to visit family and also attended Elderhostel programs. Janet moved to Pittsfield in late 1998 to be near her family and joined the United Methodist Church of Lenox. She was an active member of the Wednesday Morning Bible Study Group, worked in the Church Library, was in charge of the church prayer line, and was the representative to Church Women United. She continued to pursue the offerings of Elderhostel. Janet enjoyed seeing cousins who live in nearby New York State, being in involved in the lives of her sister, brother-in-law, her nephews and their families. She has 5 grand nieces and nephews and attended their birthday parties, school activities, and soccer games. Janet is survived by her sister; Meryl (Paul) Delasco of Lenox Dale, nephews; Thomas (Shannon) Delasco, and Paul (Lisa) Delasco, all of Lenox, great-nieces; Kaitlin and Jennifer Delasco, and great-nephews; Jacob, Shaun, and Aiden Delasco, and great-great nephew; Carson and great-great niece; Briella. Janet was pre-deceased by her parents; Charles and Hazel Edelman Klitsch. The funeral for Mrs. Janet M. Bush will be held on Thursday, October 14, 2021 at 11am at the United Methodist Church of Lenox with Rev. Nami Yu officiating. There will be no calling hours. Burial will be held on Friday, October 15, 2021 at 11am in the First Reformed Church Cemetery in Pompton Plains, NJ. In lieu of flowers, donations in Janet’s memory may be made to either the United Methodist Church of Lenox or Perkins School for the Blind both in care of the Roche Funeral Home, 120 Main Street, Lenox, MA 01240. Janet’s family would like to express their sincere appreciation for the exceptional care she received at Kimball Farms. To share memories and stories please visit rochefuneralhome.com

Janet K. Bush, 87, of Lenox passed away Friday, October 8th at Kimball Farms Nursing Care Center where she has resided for the past four years. Janet was born in Great Barrington and was brought up in nearby Hillsdale, NY. She graduated from... View Obituary & Service Information

The family of Mrs. Janet K. Bush created this Life Tributes page to make it easy to share your memories.

Send flowers to the Bush family.