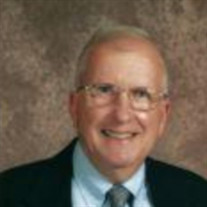 Herman Martin Schneider, 80, of Lenox died peacefully at his home on Monday, July 12, 2021. He was born in Brooklyn, New York on January 24, 1941, son of Herman Robert and Marie Schneider. After graduating from high school in Bernardsville, New Jersey, he attended the Massachusetts Institute of Technology where he received the Bachelor, Master, and Doctor of Science Degrees in Electrical Engineering. He was Assistant Professor of Electrical Engineering at MIT from 1969 – 1973 where he joined General Electric’s Project UHV in Lenox. In 1978 he was transferred to Pittsfield where he later became manager of the GE High Voltage Laboratory. He returned to the Lenox operation with GE in 1985 where his last position was Vice President and General Manager of the J. A. Jones Power Delivery Company, which he operated the facility in the last years before his retirement. Dr. Schneider was a Life Fellow of the Institute of the Electric and Electronic Engineers. He was an expert in the insulation of high voltage transmission systems and continued consulting to electric utilities worldwide for many years. His major contributions were in the field of insulator performance. He also assisted several utilities in determining the causes of major outages including blackouts in the Western part of the United States. He participated regularly as a volunteer at Recording for the Blind and Dyslexic in Lenox and enjoyed walking, swimming, and traveling. He valued highly the companionship of his cat Lucky. He leaves no immediate family but has many cousins also in Germany and Brazil, where he visited frequently. His best friend, Johan Alvarado, resides in Costa Rica where Herman had a second home. He supported Johan and his family to enable them to experience a better quality of life through education. The funeral service for Mr. Herman M. Schneider will be held on Monday, July 19th at 11:00am at Roche Funeral Home, 120 Main Street, Lenox, MA 01240 with Joel Bergeland, Pastor of Zion Lutheran Church, officiating. An hour of visitation will be at 10:00am until the start of the service. In lieu of flowers, donations in Herman’s memory may be made to either to Zion Lutheran Church or a Humane Society of one’s choice.

Herman Martin Schneider, 80, of Lenox died peacefully at his home on Monday, July 12, 2021. He was born in Brooklyn, New York on January 24, 1941, son of Herman Robert and Marie Schneider. After graduating from high school in Bernardsville,... View Obituary & Service Information

The family of Mr. Herman M. Schneider created this Life Tributes page to make it easy to share your memories.

Herman Martin Schneider, 80, of Lenox died peacefully at his...

Send flowers to the Schneider family.