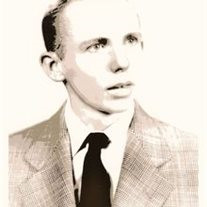 Gordon H. Clem, 82, of 40 Sunset Ave., died September 29, 2013 at Kimball Farms Nursing Care Center. Born in Millbury, MA April 19, 1931, the son of George E. and Irene M. Johnson Clem, he was a 1949 graduate and Valedictorian of Auburn High School and graduated summa cum laude from Trinity College in Hartford with a Bachelor's degree in Economics. A member of the Phi Beta Kappa Society, he played the carillon at Trinity and at St. Thomas Church in New York where he also studied psychology at Columbia University. Mr. Clem served as a counselor and directed programs at Camp Putnam, a Fresh Air Fund Camp in Massachusetts during high school and college vacations. He started a long and successful career with St. Thomas Choir School in New York City in 1954; first, as an athletic coach, a math and science instructor, and became Headmaster in 1967, retiring in 1995. While at St. Thomas he organized an annual Training Workshop for math and science teachers from the U.S. and abroad which has been held at the Dana Hall School in Wellesley, MA for the last 50 years as well as helping to organize similar workshops throughout the U.S. and abroad. A resident of New York City for much of his life, Mr. Clem summered in the Berkshires for many years and made his home here permanently following his retirement. He served on the Board of Directors of the Children's Store Front School in Harlem, St. Luke's School, NYC, The Bement School in Deerfield, MA, and Berkshire Country Day School in Stockbridge. He also organized a food distribution program for the homeless in New York. He enjoyed directing Gilbert and Sullivan operas and volunteering at Tanglewood. Mr. Clem was among the charter members of Elementary School Heads Association (ESHA) and since then has served on the standing committees of the Episcopal Diocese of Western Massachusetts for many years. He also served on the boards of the Church of the Heavenly Rest Day School, The National Association of Independent Schools, and New York State Association of Independent Schools. Mr. Clem leaves three sisters; Mrs. Anne Hoyle of Wrentham, MA, Mrs. Priscilla Fisher of union City, CA, and the late Mrs. Grayce Landry of Somers, CT and two brothers; George of Leominster, MA and Jon of Oxford, MA. The funeral of Mr. Gordon H. Clem of Lenox will be celebrated Saturday, October 19th at 11 am at Trinity Church, 88 Walker St., Lenox, MA. Mr. Clem will also be remembered Sunday, October 13th, at 4 pm during Evensong at St. Thomas Episcopal Church, 1 West 53rd Street, New York City.

The family of Gordon H. Clem created this Life Tributes page to make it easy to share your memories.

Send flowers to the Clem family.