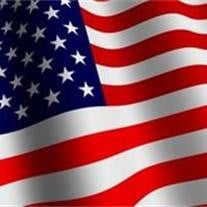 George Edward Rixse, 91, of 235 Walker St, Kimball Farms Assisted Living at Pine Hill, died Sunday evening. Born in Portsmouth, Va., December 3, 1920, the son of John Henry Rixse, Sr., and Alice Mae Unglaub Rixse, he was a graduate of Washington-Lee High School in Arlington, Va., and later earned his Bachelors of Science degree in Electrical Engineering from George Washington University in Washington, D.C. Mr. Rixse was a US Army Veteran of World War II, enlisting May 20th, 1942, and served for much of the war in the South Pacific. He was honorably discharged with the rank of Sergeant on January 1st, 1946. A Registered Professional Engineer, Mr. Rixse was employed by General Electric Co. in Pittsfield for forty-four years in both the Power Transformer Division and Ordnance Systems. He had been a resident of Pittsfield for 57 years, and had made his home at Kimball Farms since 2008. His wife, the former Mary Olekson, whom he married in Pittsfield Nov. 5, 1949, died May 7, 2002. He was a member of the local Auxiliary Police and the American Society of Quality Control. Mr. Rixse loved reading and playing bridge and enjoyed solving cross-word puzzles. He was an avid Boston Red Sox Fan and in his younger years he enjoyed playing golf and bowling, and was a member of several Candle-Pin Bowling leagues in Pittsfield. He is survived by one daughter, Donna M. Kirby and her husband John C. Kirby, of Mansfield, Mass.; and three sister's in law, Charlotte, Frances, and Jacqueline Rixse, all of Virginia; as well as several nieces and nephews. Besides his wife and his parents he was pre deceased by four brothers; John Henry, Spencer, Franklin, and John Albert Rixse. George's family would like to express their sincere gratitude and appreciation to the staff at Pine Hill and his other caregivers for the compassionate care they provided him with. FUNERAL NOTICE: A private graveside service was conducted Wednesday at St. Joseph's Cemetery in Pittsfield by the Rev. Christopher J. Waitekus, pastor of St. Ann's Church in Lenox. In lieu of flowers donations in Mr. Rixse's memory may be made to the American Kidney Fund, 6110 Executive Boulevard, Suite 1010, Rockville, MD 20852, or in care of the ROCHE FUNERAL HOME, 120 Main St., Lenox, MA. 01240

The family of George Rixse created this Life Tributes page to make it easy to share your memories.

Send flowers to the Rixse family.