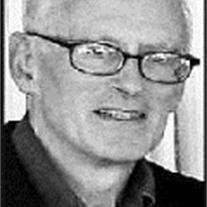 George T. O'Brien, Jr., 72, of Lee, died Friday morning at Berkshire Medical Center. Born in Pittsfield on March 31, 1940, the son of George T. and Mary Masiero O'Brien, he attended Lenox Schools, including the former Cranwell Preparatory School, graduating with the class of 1957. Following Cranwell, he earned his bachelor of science degree in Electrical Engineering as well as his MBA from the University of Massachusetts at Amherst. Mr. O'Brien worked for over 40 years at General Electric Co. in their Naval Ordnance Department and later at General Dynamics where he was a program planner at the time of his retirement in 2005. He was a communicant of St. Mary's Church in Lee and also attended St. Joseph Church in Stockbridge. As a member of the Board of Directors of the Lee Land Trust he also served as treasurer. He was always willing to lend a helping hand and enjoyed volunteering as an usher at both the Mahaiwe Theater and Great Barrington Stage Co. He loved animals and enjoyed sailing and gardening. For much of his life he was a student of military history, and will be remembered for his keen and quick Irish wit. Mr. O'Brien and his wife of nearly 45 years, Janet Sauerwein O'Brien, were married in St. Matthew's Church in Becket on Aug. 10, 1968. Besides his wife, he is survived by two daughters, Maureen E. O'Brien, and fiance, Lain Coryell of Boston, and Kathryn A. O'Brien and husband, Bruce Lin of San Diego, Calif.; one grandchild, Mary Claire Lin; one brother, Edward J. O'Brien of Washington, D.C.; two sisters, Mary Agnes McMahon and husband Frank of Livermore, Calif., and Jo Anne C. Ellis and husband, John of Syracuse, N.Y., and several nieces and nephews. FUNERAL NOTICE: The funeral for George T. O'Brien, Jr. of Lee, who died March 29, 2013, will be TUESDAY April 2, 2013, at 9 a.m. from the ROCHE FUNERAL HOME in Lenox, followed by a Liturgy of Christian Burial at St. Joseph's Church in Stockbridge, celebrated by the Rev. John K. Sheaffer, pastor. Burial will be later this spring in North Becket Cemetery. Calling hours at the funeral home will be Monday from 4 to 7 p.m. In lieu of flowers, donations in Mr. O'Brien's memory may be made to the Lee Land Trust in care of Roche Funeral Home, 120 Main St., Lenox, MA 01240. PLEASE NOTE: The funeral for Mr. George T. O'Brien will be held on TUESDAY, April 2 at St. Joseph's Church at 9:00 a.m. in Stockbridge, MA. There was an error in the obituary posted in the Sunday Berkshire Eagle. Thank you.

The family of George O'Brien, created this Life Tributes page to make it easy to share your memories.

Send flowers to the O'Brien, family.