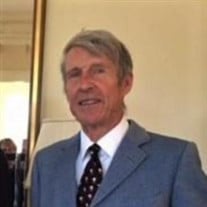 Elliott “Buzz” Reed Morse, 82 died quickly and peacefully of cancer on September 16, 2021 at his home in Lenox, MA with his wife Kathy by his side. Elliott was born in Chestnut Hill, MA in 1939. His family later moved to Wayland, MA. His early schooling was at The Meadowbrook School, Fenn School, Milton Academy. He received his B.A. with honors at Williams College in 1960 where he majored in Economics and was a member of St. Anthony’s Fraternity. While at Williams he played ice hockey and broke the College Cross Country record during his sophomore year, a record that still stands. Later he earned a PhD in Economics for John Hopkins University. Elliott taught Economics at various Universities throughout his career, notably at the University of Michigan, Brandeis, The University of Palermo; he lectured at Harvard University with a joint appointment in the Economics department and Law School. Interested in public service and active involvement in the world, in 1965 he moved to Washington D.C, and worked for the International Monetary Fund. His focus there was economic development in underdeveloped areas; he traveled widely and supervised many projects in Africa and Asia. He was also a principal and Director of Research, at Development Alternatives Inc. (DAI) in Washington D.C, a consulting firm also involved in global development work. During the same period, Elliott helped start The National Journal, a serious Washington based news magazine focusing on government activities. He was also president and Founder of Focus International Inc. He then became a private consultant working in over 40 countries on various business, educational, and development projects. In 1985, Elliott returned to Boston as Associate Director at the Center for Asian Development Studies at Boston University and Adjunct Professor of Economics. Most of his career decisions have been influenced by his sense of social responsibility. He walked away from many situations when he felt he was not making a positive social contribution or because he felt the organization could function quite well without him. Later in his career he regularly wrote and published a blog mostly on economic issues but often veering into other activities of interest to him such as the wine business and the arts, all of which he researched carefully and expressed strong but considered views about. He continued his serious reading until a few weeks before his passing. Growing up Elliott spent summers with his family in West Chop, Martha’s Vineyard, playing tennis, sailing, and swimming. When he returned to Boston, he joined The Brookline Country Club where he played golf, tennis and Bridge. He enjoyed cooking, gardening, cross country skiing and hiking. He and his Williams classmate, Matt Nimetz covered miles of terrain hiking together for over sixty years, mostly in the Shenandoah region of Virginia when they both lived in Washington D.C. and later in the Catskills and the Berkshires. Their last hike was in April 2021. In 2011 Elliott and his wife Kathy moved to Lenox, MA and became active in several golf and social clubs. He was Chairman of the Lenox Finance Committee for several years and traveled internationally with the American Association of Wine Economists. He is survived by his wife Kathy Keljik Morss, of 20 years, sisters; Cynthia Travis, Martha (Pat) Nagi, six nieces and nephews, and countless cousins. He is predeceased by his sister Caroline (Lin) DeYoung and his parents J. Reed Morss and Corinthia Morss. Burial will be private. Memorial contributions may be made to Hospice Care in the Berkshires, 877 South Street, Pittsfield, MA 01201.

Elliott &#8220;Buzz&#8221; Reed Morse, 82 died quickly and peacefully of cancer on September 16, 2021 at his home in Lenox, MA with his wife Kathy by his side. Elliott was born in Chestnut Hill, MA in 1939. His family later moved to Wayland,... View Obituary & Service Information

The family of Mr. Elliott "Buzz" Reed Morss created this Life Tributes page to make it easy to share your memories.

Send flowers to the Morss family.