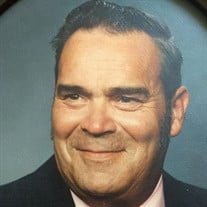 Donald A. Rochelo, 83, of Suwanee, Georgia, for many years a resident of Adams and North Adams, died Saturday, July 13, 2019 at his home surrounded by his family. Born in Pittsfield August 27, 1935, the son of Miles J. Rochelo, Jr. and Elva B. Deblois Rochelo. Donald was raised in Lenox where he attended local Schools. He was employed at various jobs throughout his life including Firestone Tire Company of North Adams where he would change tires not only on over the road vehicles but also for Euclid trucks (Ukes) at Yankee Atomic plant while it was being built. Donald retired from Pfizer’s in Adams as a machine operator/truck driver after 19 years of service. Donald loved country line dancing with his wife, both were members of the Country Line Dancers and Berkshire Line Dancers. They traveled around New England performing at events. He loved going to see his favorite country music groups and traveling around following his favorite local groups. A huge Atlanta Braves fan he was able to attend games when visiting his daughter and after moving to GA got to watch every season game on TV. He and his wife, Evelyn Pierce Rochelo, were married June 3, 1961. This year they celebrated their 58th wedding anniversary. Besides his wife of Suwanee, he is survived by two children; Gerald W. Rochelo and Penny M. Thornton and her husband Quillian, all of Suwanee; grandchildren Jonathan Rochelo and his wife Cassie of Cheshire and Alycia Rochelo of North Adams; and great-grandchildren Paige, Callie, Roman and Kolbe. Besides his parents he was predeceased by great-grandchildren Celina and Anna, and siblings Elva, Bertha, Richard, William, Clifton, Joseph, Elaine, Gerald, Phyllis, Isabelle, Shirley, Charlotte, and Roger. The funeral will be on Saturday, July 20, 2019 at 9 am from the ROCHE FUNERAL HOME followed by a Liturgy of Christian Burial at 10am at St. Ann’s Church, celebrated by the Rev. Monsignor John J. Bonzagni, Pastor. Burial will follow in St. Ann’s Cemetery in the Rochelo family lot. Calling hours will be on Friday, July 19, 2019 from 4pm-7pm at the Roche Funeral Home. In lieu of flowers donations in Donald’s memory may be made to American Eagle Fundation in care of the funeral home, 120 Main Street, Lenox, MA 01240. To share memories and stories please visit rochefuneralhome.com

Donald A. Rochelo, 83, of Suwanee, Georgia, for many years a resident of Adams and North Adams, died Saturday, July 13, 2019 at his home surrounded by his family. Born in Pittsfield August 27, 1935, the son of Miles J. Rochelo, Jr. and Elva... View Obituary & Service Information

The family of Mr Donald A Rochelo created this Life Tributes page to make it easy to share your memories.

Send flowers to the Rochelo family.