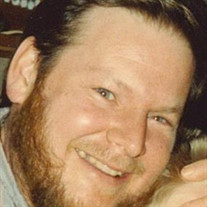 Lenox – David John Pratt, 69, of Lenox Dale died Sunday, April 19, 2020 at Berkshire Medical Center, after a brief illness. Born on November 3, 1950 in Pittsfield, MA, he attended Wahconah Regional High School, graduating in 1969. He worked for nearly 40 years for Kimberly-Clark and then Schweitzer Mauduit Paper Mill. He also owned and operated the D. J. Pratt Excavation Company for 20 years, serving customers throughout the Berkshires. David, who was known as John, married Cynthia M. Cornwell on November 9, 1970 at Saint Patrick’s Church in Hinsdale. Besides his wife Cynthia, John is survived by his daughter, Jennifer Fleming, and husband Dan, of Winston Salem, NC, and three sons, David B. Pratt of Lenox Dale, Justin W. Pratt, and his wife Caroline, of Lenox, and Mitchell G. Pratt, and his wife Anne of Washington, MA, and grandchildren, Ryan, Sam, Vivian, and Harvey Pratt. David is predeceased by his father, Robert, special family member Donald Stanley, who died in March 2003, and his beloved son, Ryan M. Pratt, who died on July 17, 2013. John was known for his kindness, generosity, sense of humor, and warm, disarming smile. He was an avid car lover, and civil war and American history buff. He enjoyed boating with his sons, attending the Lake George Car Show each year, and, in recent years, after retirement, spending time at Wakeda Campground with Cyndi and his family. His grandchildren brought him much joy. Ever the optimist, John never gave up the hope that he’d someday win the Publishers Clearing House sweepstakes. All services will be held privately and at the convenience of his family. In lieu of flowers, donations in John’s memory may be made to either the Samuel Pratt Education Fund or the Berkshire Humane Society, both in care of the Roche Funeral Home, 120 Main Street, Lenox, MA 01240.

The family of Mr David John Pratt created this Life Tributes page to make it easy to share your memories.

Send flowers to the Pratt family.