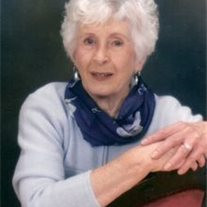 Corrine M. Armstrong, 84, died Sunday evening at Kimball Farms Nursing Care Center surrounded by her loving family. Born in Pittsfield August 29, 1927, the daughter of Francis and Katherine Atkinson Shultz, she was a 1945 graduate of St. Joseph's High School and later in life was a graduate of the St. Luke's School of Nursing. A Licensed Practical Nurse, Mrs. Armstrong was employed at Hillcrest Hospital for many years. Following high school she worked for five years at General Electric Co. in their plastics division. She was a communicant of St. Ann's Church in Lenox for much of her life. She enjoyed playing golf, traveling, and spending time at the ocean, but above all, Corrine's greatest joy in life was spending time with her family. Her husband, Leo H. Armstrong, whom she married September 30, 1949 in Naussau, N.Y., died in 1988. Mrs. Armstrong is survived by five children; Michael L. Armstrong and his wife Wendy of Lee, Mark P. Armstrong and wife Cindy of Lenox, Douglas E. Armstrong and wife Allyson of Glendale, Ariz., Maureen A. Tuggey and husband Richard of Lenox, and Edward T. Armstrong and his wife Nichelle of Kingston, Mass.; one sister, Barbara K. McCann and husband John of Dalton; grandchildren Kimberly Jones and Kacie Armstrong, Dale and Nicole Armstrong, Kayla and Zachary Armstrong, and Jacob, David, and Ryan Armstrong; great grandchildren Jacob M. and Chloe M. Armstrong; and her brother in law George A. Armstrong of Lenox. Corrine's family would like to express their sincere gratitude and appreciation to both EPOCH Assisted Living at Melbourne and Kimball Farms Nursing Care Center for providing her with such loving care. FUNERAL NOTICE: The funeral of Mrs. Corrine M. Armstrong of Lenox will be Saturday January 21st at 10 a.m. from the ROCHE FUNERAL HOME followed by a Liturgy of Christian Burial at 11 at St. Ann's Church celebrated by the Rev. Christopher J. Waitekus, Pastor. Burial will follow in St. Ann's Cemetery. Calling hours at the funeral home are Friday evening from 4 to 7 p.m. In lieu of flowers donations in Corrine's memory may be made to the Huntington's Disease Society of America or to Elder Services of Berkshire County, both in care of the funeral home, 120 Main Street, Lenox, MA 01240.

The family of Mrs. Corrine M. Armstrong created this Life Tributes page to make it easy to share your memories.

Send flowers to the Armstrong family.