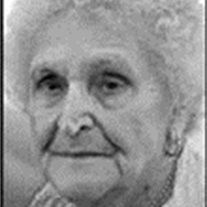 Clara Maria DalCortivo Gennari, 86, of 224 Hubbard Street, died Saturday at Kimball Farms Nursing Care Center surrounded by her loving family and friends. She had suffered from cancer and other ailments for several years. Born on August 8, 1928 in Fairview, NJ, Clara was the daughter of Bernardo and Maria Marchetto DalCortivo, Italian immigrants who had been married on Ellis Island. She was educated in the Fairview public schools before going to work in local embroidery factories. Later, after marrying and moving to Berkshire County, she used her skills as a seamstress to develop a home business altering clothing and making custom-made drapery. Clara married Remo Gennari, then of West Stockbridge, in 1954. The couple lived in Pittsfield until 1964, when they moved into a home in Lenox built by Remo and his brothers. The couple resided in that home for 47 years until Remo's passing in March 2011; she remained in the home until 2015. Clara's passions were; cooking (her fresh pasta sauce, featuring Remo's flavorful tomatoes, was a family staple), Italian heritage, Frank Sinatra, and dancing (she jitterbugged in the aisles of the Paramount Theater in the '40s and never stopped dancing). A master of the art of friendship, she counted numerous intimates both in the Berkshires and her native, New Jersey. In their leisure time Clara and Remo focused on family activities like Tri-Town Youth Hockey, Lenox school sports, and Berkshire cultural events (Clara's last outing was the Tony Bennett/Lady Gaga concert at Tanglewood in June). The couple took great pleasure in hosting and visiting neighbors and relatives, and prized their family summer vacations on the New Jersey shore. Clara was a devoted communicant at St. Ann's parish in Lenox. Clara is survived by her three children: John R. Gennari and his wife, Emily Bernard of South Burlington, VT, James B. Gennari and his wife, Geraldine of Lenox; and Joan M. Tyer and her husband, Peter of Lee. She also leaves her grandchildren: Giulia and Isabella Bernard Gennari; Liam and Matthew Gennari; Michael Tahaney, Shenna Tyer, Matthew Tyer, and Eric and Leena Tyer; her in-laws, Elda Virgilio, Marcello Rigon, Angelo and Kathleen Gennari, and Mario and Virginia Gennari; her dear cousin, Norma Bertocci; and many cousins, nieces, and nephews. Besides her husband, Clara is predeceased by her parents, by her beloved children, Maria and Remo; and by her siblings, Joseph, Bruna, Angelina, Everesto and their respective spouses, Lenora, Santo, Gennaro, and Celesta. FUNERAL NOTICE: Waking hours will be held on Wednesday, July 29, 2015 from 4 to 7 pm at Roche Funeral Home, 120 Main Street, Lenox. A funeral mass will be held at 11 am on Thursday, July 30th at St. Ann's Parish, 134 Main Street, Lenox. Burial will follow at St. Joseph's Cemetery, 222 Pecks Road, Pittsfield. In lieu of flowers, the family encourages donations in Clara's name to: St. Ann's Family Parish Center or Kimball Farms Nursing Care Center, both in care of the funeral home.

Clara Maria DalCortivo Gennari, 86, of 224 Hubbard Street, died Saturday at Kimball Farms Nursing Care Center surrounded by her loving family and friends. She had suffered from cancer and other ailments for several years. Born on August 8, 1928... View Obituary & Service Information

The family of Clara Gennari created this Life Tributes page to make it easy to share your memories.

Send flowers to the Gennari family.