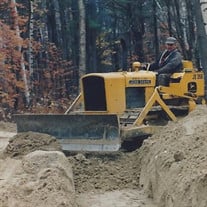 Lee – Chester W. “Chet” Wezevitz, Sr., 97, of Laurel Street, died Thursday morning, December 10th, at Berkshire Medical Center surrounded by his two loving sons. Mr. Wezevitz was born in New York City on July 17, 1918, the son of the late William and Mary Hellewa Wezevitz. He attended schools in Lee and was a 1937 graduate of Lee High School he played football for the Wildcats and was class secretary. After high school, Chet went to Bates College where he studied pre-med and later transferred to AIC in Springfield where he met his future wife, Ruth, studying in their Liberal Arts program until he was drafted in 1941. Mr. Wezevitz did his US Army basic training in Fort Dix, NJ and later served with the 4th armored division in Fort Knox, KY. In 1942, Chet attended pilot training in Tucson, AR achieving the rank of 2nd Lt. While serving in the Asiatic-Pacific Theater of Operations and participating in the liberation of the Philippine Islands, he earned a field promotion to the rank of 1st Lt. After being honorably discharged in 1946, Chet went to work with his father as a general contractor, eventually taking over the business following his father’s retirement. Chet enjoyed working his own farm and maple syrup operation, growing many various vegetables crops and prize winning Christmas Trees. He was also known for his saw mill and built several houses with his own lumber. Chet was a member of the American Legion, and was an avid hunter and fisherman. He is survived by his two loving sons: John and Chuck Wezevitz, both of Lee. Besides his parents, he was predeceased in 1997 by his wife of 54 years, Ruth E. Cornfoot Wezevitz. The funeral for Mr. Chester W. “Chet” Wezevitz, Sr., who died on December 10, 2015 will be Tuesday, December 15, 2015 at 11am at the Roche Funeral Home with Pastor Art Kaufman, a Chaplain at Berkshire Medical Center, officiating. Calling hours will be Tuesday from 10am until the time of the service. In lieu of flowers, donations in his memory may be made to the American Heart Association in care of the funeral home, 120 Main Street, Lenox, MA 01240

The family of Mr Chester W Wezevitz Sr created this Life Tributes page to make it easy to share your memories.

Send flowers to the Wezevitz family.