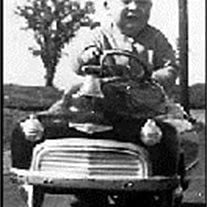 Charles J. Rennie, Jr. 67 of New Lenox Road died Thursday, Feb. 19, holding hands with and surrounded by his loving family after a long illness. Charles was born Jan. 18, 1948 in Pittsfield, the son of the late Charles and Alice Duffy Rennie. He graduated from Lenox High School in 1967. From the time he could walk, he loved anything with wheels. His first taste of freedom was his metal pedal fire truck at age 3. He got away from dad and flew down Wilson Street hill exhilarated with dad in hot pursuit. From then on he was hooked. He loved trucks and after high school he obtained his CDL license. He had various driving jobs including Agway, a beer distributor, and Goodwill. He then became a heating oil delivery driver for Sweatland Pierce Oil, a job which lasted 25 years where he developed a close relationship with many of his customers. He had many stories about his delivery days such as: dog bites, bee hives falling into the truck cab, and chasing a runaway oil truck on foot, to name a few. He and his good friend, the late Robert F. Colvin, bought a Kenworth tractor trailer and started Triple T Trucking. As independent drivers they spent a year going across the country hauling a variety of cargo including dynamite in the Rocky Mountains. Again, many wild tales were told. He and another good friend, Kevin Maguire, began Daletown Toys which specialized in collector vintage toy trucks and for several years would travel to toy and truck shows across the Northeast buying and selling his beloved toy trucks. He ended his work career as a bank courier traveling a route from Pittsfield to Greenfield, still driving. He was a loving brother to his three younger sisters. He taught us a lot about life and took care of us in so many ways. He was a generous man who quietly gave what he had to anyone who needed help. He had a great sense of humor and kept us laughing. He was a wonderful uncle who took pride in his niece and three nephews. When he was able, he loved to pick them up from school and daycare and bring them home to watch cartoons and play. He loved coin collecting, old movies, oldies music, and cars from the 50's. He loved God and prayed faithfully. He was a communicant of St. Ann's Church in Lenox. He is survived by three devoted sisters, Joyce Maschino and husband, Christopher Maschino, of Pittsfield, Paula Rennie of Lenox, and Laurie Cadorette and husband, Henry Cadorette, Jr., of Pittsfield; a niece, Alyssa Maschino and partner, Joshua MacGray, of Pittsfield and their son, his great-nephew Jackson; and two nephews, Christopher Maschino, and Henry Cadorette III both of Pittsfield. Besides his parents, he was pre-deceased by a brother, Paul Rennie, who died shortly after birth in 1958. He is also survived by his dedicated caregivers and friends, Danielle Boisvert and Tudy Bushey. He meant so much to all of us and if being loved is a measure of success he dies a king among men. He will be missed dearly and never forgotten. Now you are free Chuck and we hope you are behind the wheel again. FUNERAL NOTICE: The funeral will be Wednesday, Feb. 25, at 9 a.m. from the ROCHE FUNERAL HOME followed by a Liturgy of Christian Burial at 9:30 a.m. at St. Ann's Church celebrated by the Rev. Christopher J. Waitekus, Pastor. Burial will follow in St. Ann's Cemetery. Calling hours at the funeral home will be Tuesday, Feb. 24 from 4 -7 p.m. In lieu of flowers donations in his memory may be made to St. Ann's Church in care of the Roche Funeral Home, 120 Main Street, Lenox, MA 01240.

The family of Charles Rennie created this Life Tributes page to make it easy to share your memories.

Send flowers to the Rennie family.