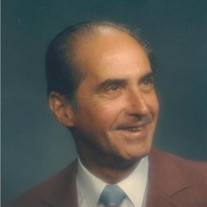 Lenox – Bernard Kirchner, 95, died Tuesday, December 10, 2019 at Berkshire Medical Center. Bernard was born to the late Clarence B. and E. Marie (Patnode) Kirchner. He was a longtime resident of Lenox and Pittsfield. He was a 1941 graduate of Lenox High School. Bernard married the love of his life, Louise Proctor on June 8, 1946 and they celebrate 73 wonderful years together. Mr. Kirchner received a Bachelors degree in Accounting and Finance from Bryant College, Providence, RI in 1950 after having served in the US Marine Corps from 1941-1944. He had received a Purple Heart after being wounded in the Battle of Guadalcanal. He was a life member of the Disabled American Veterans. He worked as a public and private accountant for many years and retired from General Electric in 1986 after 20 years of service. Bernard was a past president of the Berkshire Coin Club, longtime member of the Lions Club in both Lenox and Pittsfield, and a member of the Berkshire Museum Aquarium Club. He enjoyed gardening, bee keeping, breeding of tropical fish, and loved all of his pets throughout the years. Besides his wife, Louise, Bernard was the proud father of his four daughters; Susan (Peter) Turner of MD., Christine (Paul) Benjamin of Pittsfield, Melissa Foster of Windsor, and Joan Stomski of NC., he was a loving grandpa/Pop pop to his six grandchildren; Sean (Fawn) Turner, Amanda (John) Keck, Rebecca Foster (Steve) Smith., Sarah Stomski (Cameron) Smith, Andrea, Andrew, and Hannah Stomski, twelve great-grandchildren, brothers; John R. (Carol) Kirchner) and Robert F. Kirchner, and many nieces and nephews. Besides his parents. Bernard is predeceased by his sister, Marie C. Howie, brothers; Kenneth E. and Neil W. Kirchner, and his two sons-in-law; Bruce Foster and Gerald Stomski. He will be greatly missed by his family and all who knew him during his long and blessed life. Per Bernard’s wishes, there will be no calling hours or services. Burial will be scheduled at a later date. Donations in Bernard’s memory may be made to a Charity of Choice in care of the Roche Funeral Home, 120 Main Street, Lenox, MA 01240.

Lenox &#8211; Bernard Kirchner, 95, died Tuesday, December 10, 2019 at Berkshire Medical Center. Bernard was born to the late Clarence B. and E. Marie (Patnode) Kirchner. He was a longtime resident of Lenox and Pittsfield. He was a 1941 graduate... View Obituary & Service Information

The family of Mr Bernard T Kirchner created this Life Tributes page to make it easy to share your memories.

Send flowers to the Kirchner family.