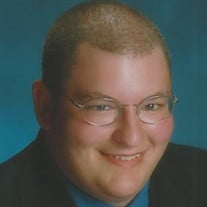 Anthony Michael Gardino, 30, of Lenox, died Saturday morning at Berkshire Medical Center surrounded by his loving family. Born in Pittsfield on April 15, 1986, the son of Michael J. and Martha J. Gardino, he attended local schools, was a 2004 graduate of Lenox Memorial High School. He furthered his education at Berkshire Community College earning his certificate in Culinary Arts in 2006, and his associates in Hotel-Restaurant Management in 2008. Tony worked as a chef at various restaurants and was employed at Big Y Express in Lee for four years prior to his death. He was a communicant of St. Ann’s Church in Lenox where he was an altar server, and a Lenox Police Explorer, a member of his school swim team, and a volunteer at the Berkshire Humane Society. Tony was an avid Boston Bruins fan and watched many a game alongside his father. Besides his parents of Lenox, Tony is survived by his sister Daniella M. Gardino of Pittsfield; his aunts and uncles including Mary Hoyle of Nassau, NY, William Catalano and his wife Barbara of Pittsford, NY, Jake Catalano and his wife Tammy of Bristol, CT, Jenny Corcoran and husband Tom of Watervliet, NY, Raymond Gardino and his wife Terrie of Lee, and Christine Murphy of Tampa, FL; his paternal grandmother Norma Gardino of Pittsfield; cousins Steve and Tom Hoyle, Nick and Gracie Catalano, Joey, Kelsi, Amanda Catalano and her fiancé Brandon Parrino, Joey and Jennifer Gardino, Spencer, Ion, and Coleen Murphy; and his beloved dog Monica. He was predeceased by his paternal grandfather Alfred J. Gardino, his maternal grandparents Joseph and Martha Catalano, and uncles Joe Catalano and Kevin Hoyle. The funeral of Mr. Anthony M. Gardino of Lenox will be Friday, September 30, 2016 at 9 am from the ROCHE FUNERAL HOME followed by a Liturgy of Christian Burial at 10 am at St. Ann’s Church celebrated by the Rev. Monsignor John J. Bonzagni, Pastor. Burial will follow in St. Ann’s Cemetery. Calling hours at the funeral home are Thursday evening from 4-7 pm. In lieu of flowers donations in Tony’s memory may be made to The Culinary Scholarship in care of the funeral home, 120 Main Street, Lenox, MA 01240. To share memories and stories please visit rochefuneralhome.com

The family of Mr Anthony Michael Gardino created this Life Tributes page to make it easy to share your memories.

Send flowers to the Gardino family.